When Were Binoculars First Used?

We often take lots of the things we use on a daily or regular basis for granted. From the personal computers we employ for work, study, or entertainment to the various pieces of optical equipment we use for our outdoor adventures, everything is the result of man’s intellectual efforts and skills.

Many of the things we now use were not even imaginable decades ago or were only part of science-fiction works. If you’re interested in the history of things and you’d like to know more about how binoculars came to be invented, this post might be of help as we have covered below the steps that led to this important optical instrument. 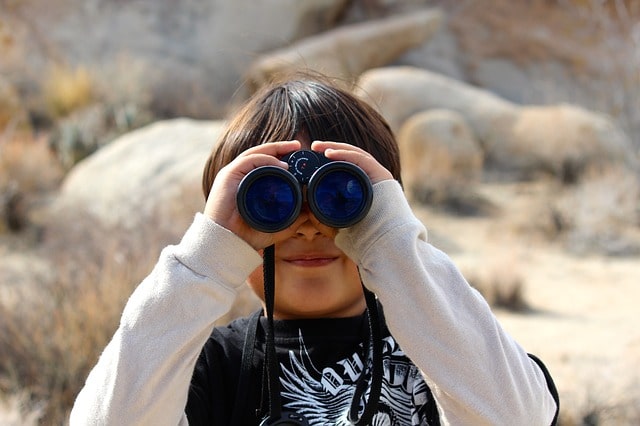 The latest models of binoculars are definitely and significantly improved when compared to the first items in this field. Today’s technology makes it possible to adjust and enhance many of the things that were invented way back. When it comes to binoculars, some of their parts were invented long ago.

Take the glass that later became a lens. It was around 3,500 BE when the Phoenicians discovered glass while cooking on the sand. From that crucial moment to the invention of the first telescope, 5,000 years passed, though. The glass discovered was shaped into a lens that would thus lead to the optical instruments we widely use today.

Many historians consider Hans Lippershey of Holland to be the first one to assemble such a telescope in the 16th century while others acknowledge his contribution to making this device popular. The telescope Holland came up with allowed people to view distant objects using both eyes.

According to many historians, though, Galileo Galilei introduced the telescope to astronomy in 1609. He employed this invention to see the craters on the moon and to engage in astronomical adventures that allowed for the discovery of the rings of Saturn, sunspots, and Jupiter’s moons.

The instrument he employed, though, like many things in their first versions, had its own shortcomings. The item was similar to opera glasses and featured an inverted eyepiece as well as a mirror or a curved lens that allowed for the real image to be rendered.

The thing with this optical instrument was that it delivered a narrow field of view and a magnification power of up to 30x. This prevented Galileo from seeing a great part of the moon’s face. What he got to see was only a quarter of it and he thus had to reposition the telescope to see the rest of it.

Improvements to the first telescope versions were made by Sir Isaac Newton who invented the reflecting telescope. Newton used a concave primary mirror as well as a flat diagonal secondary mirror. The curved mirror gathered light and reflected it back to a point of focus. The bigger the mirror, the more light it gathered.

The earliest functional reflecting telescope was completed in 1668 but the idea of such an instrument was not new. Immediately after the refracting telescope was invented, both Giovanni Francesco Sagredo and Galileo Galilei discussed the use of a mirror as an objective that would form the image. Moreover, Niccolò Zucchi claimed to have had this idea of a telescope half a century before Newton actually came up with it.

Later on, in 1740 to be precise, James Short, a Scottish optician and astronomer, created his own telescope which came to be known as the Short telescope. His contribution was outstanding thanks to the successful changes he made to the original designs of a telescope.

The principle Newton used remained the same. More and more instruments using a single curved mirror to collect light have emerged over time yet the size of the reflecting mirror used continued to grow and enable the creation of optical instruments with noteworthy magnifying properties.

The invention of binoculars

What we now call binoculars are thus nothing else but two identical telescopes that are placed side by side and mounted on a single frame. It was in 1608 that Hans Lippershey applied for a patent that would provide him with exclusive rights to his invention and the moment when he was asked to build a telescope that would feature two eyepieces and optics of quartz.

He did so the same year and thus created the binoculars yet he didn’t receive the patent rights since there were other people aware of this invention. His telescope was both praised and doubted by contemporary scholars.

Flawless or not, this first version of binoculars opened the door to newer models. I.M. Dobler, Cherubin d’Orleans, and Pietro Patroni built box-shaped binocular terrestrial telescopes in the second half of the 17th century and the first half of the 18th century yet their uncomfortable design and poor quality stopped them from being successful.

His patent for a prism-erecting system made it possible for Porro and Jean Georges Hofmann to build the modern porro prism binoculars in 1860 and for other manufacturers to create porro-prism optics later that century. Some of them are Nachet, Boulanger, and Emil Busch.

Other manufacturers tried to use low-quality glasses and unrefined optical designs yet failed to obtain instruments that would provide good performance. A prism telescope was showcased at the Vienna Trade Fair in 1873.

The man behind it was Ernst Abbe who worked with Carl Zeiss and Otto Schott, a collaboration that led to a series of innovations in the optical field. The first modern binoculars were sold in 1894 and were the result of Abbe and Zeiss working together. 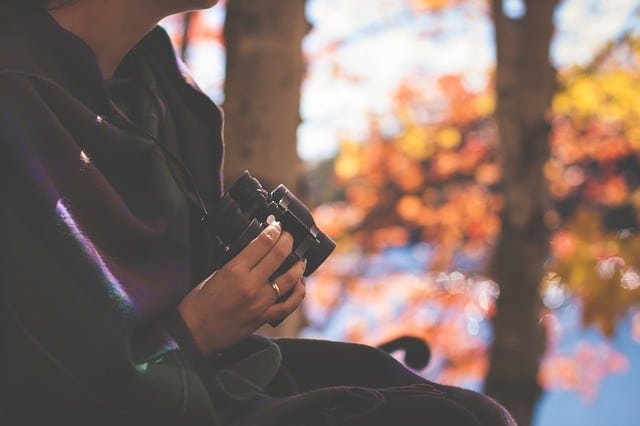 What are binoculars used for?

Binoculars are an indispensable instrument if you often engage in outdoor activities such as birdwatching or the observation of wildlife. This optical device features two small telescopes that are attached side by side, one for each eye, and used to enjoy a close-up view of objects or animals that are far away from you.

Although the first models were rather bulky, today’s market offers many compact units that can be easily carried and stored. Plus, you can adjust the zoom to focus the lenses on things that are closer or farther from you.

Binoculars are part of a birdwatcher’s kit as they allow the users to watch the birds or other wildlife and examine some of their characteristics without getting too close or disturbing them. Hunters make use of binoculars as well to identify targets and keep a safe distance from them.

You can even use binoculars to view the Moon, the Milky Way Galaxy, and close planets. It is not always possible to use or access larger telescopes usually employed for astronomical purposes and thus binoculars make a convenient and easy-to-use option.

When hiking and exploring new places, binoculars won’t just help you enjoy nature’s beauty wherever it unfolds but they will also help you know your location. By being able to see buildings or natural landscapes in greater detail, you can get an idea of where you are located as long as you have a physical or mental map.

Not to mention that you can use them at special events such as theater shows and sports events where you don’t have the best seat and thus need a magnifying object to see things and people in greater detail.

Depending on the activities you go for and that involve the use of binoculars, you will have to consider a variety of factors when choosing such an optical instrument. For example, when studying plumage, seeing true colors is vital; therefore, you need to consider the type of coatings used and how they affect contrast and brightness.