If you want to spot hummingbirds easier during their migration period, you might want to use a pair of binoculars. And if you want to find a pair suitable for your budget and needs, you can check it out here. You might already know that these birds are some of the most appreciated in North America. So don’t be surprised if spotters are waiting for their return. 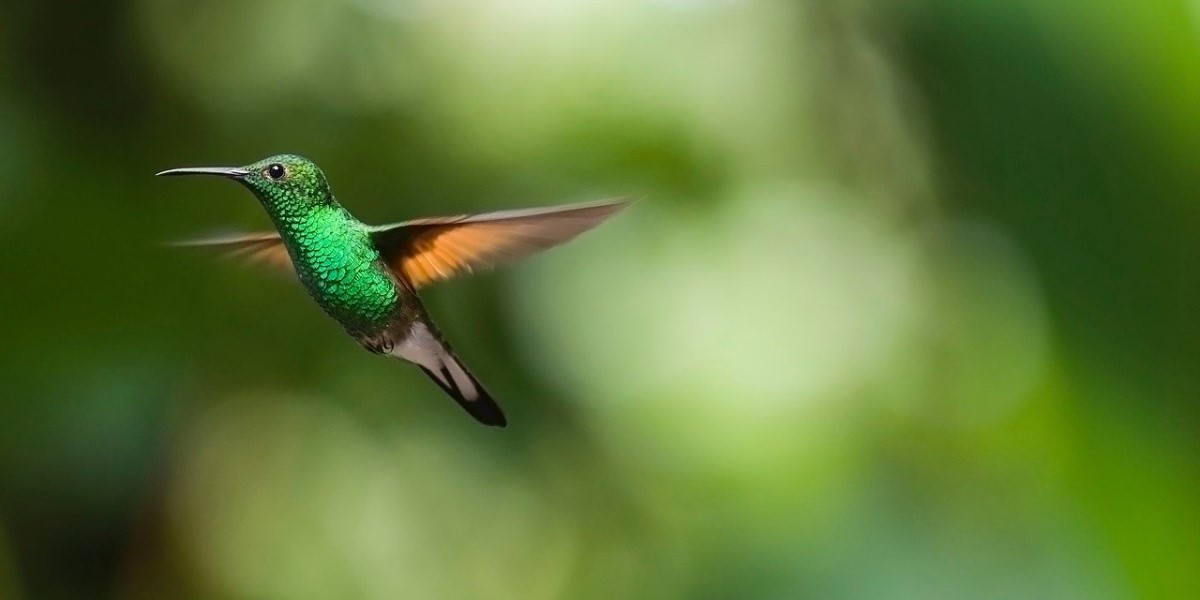 When do hummingbirds migrate?

As with most birds that migrate, hummingbirds’ behavior changes depending on certain factors. When the time comes for them to move from one place to another, it takes a while and lots of things can happen during their flight.

The amount of daylight is by far the most important factor. The angle of the sun relative to the birds’ location plays an important role in triggering their migration instincts. When this happens, hummingbirds start eating more and gain up to 40% more weight. This gives them crucial energy that they will need on their long trip.

Usually, the first sightings of hummingbirds occur in early spring in states like Texas, Louisiana, and others along the Gulf Coast. As spring passes, they start appearing further up north, all the way to Canada. Of course, there are slight variations in their flight pattern year to year depending on the weather.

As food sources appear and disappear, hummingbirds adapt their trajectory to meet their necessities. Insects, and, most importantly, nectar-producing flowers have the biggest impact on how hummingbirds travel. After all, these are their main nutrition sources and it’s completely natural for them to go where they’ll find an abundance of resources.

Hummingbirds are very intelligent creatures and as such can observe weather patterns to better plan out their route. If during spring they are caught in bird fallouts, they might fly lower or even seek out temporary shelter. This usually delays the hummingbirds’ arrival by about two days. During fall migration, the weather can get so bad that it delays their arrival by up to two weeks.

Age also plays an important role in how hummingbirds migrate. Older birds will usually migrate earlier during the season compared to their younger counterparts. Younger hummingbirds need more time to build the necessary strength for long flights. The same goes for birds that hatched earlier in the year compared to those that hatched later.

The sex of the hummingbird influences their migrational instincts as well. In some hummingbird species, males are usually sighted earlier than females. That’s because males get ready to find habitable territories and court the females who are about to arrive later. After the females’ arrival, the mating season starts.

How long do hummingbirds have to travel?

There are many species of hummingbirds all over North America and each one has their specifics when choosing to migrate. As an example, the furthest distance that any hummingbird species has to travel is from Mexico all the way to Alaska. This record is held by the rufous hummingbird. As a consequence, this hummingbird starts migrating much earlier than others.

Even more impressive is the ruby-throated hummingbird. This species can fly almost 500 miles non-stop across the Gulf of Mexico. Sure, there are birds that can fly even greater distances without taking a break. However, keep in mind that these hummingbirds take more than 20 hours to cross this distance. This is impressive for a bird that has to eat up to 8 times each hour.

If we were to talk about each species’ migrational pattern, it would take a long time. As a general rule, spring migration starts as early as January and it can take several months for the hummingbirds to arrive across the continent to their designated mating grounds. Usually, the northernmost parts barely see hummingbirds in mid-May.

How you can help hummingbirds migrate

If you want to ease hummingbirds’ journey through the migration season, there are several steps you can take to help out. You can start by putting hummingbird feeders in your backyard in early spring. You may have heard the common myth that feeding these birds will hinder their journey, but this is not true at all.

By keeping your feeder filled from spring up until late fall, you are giving the hummingbirds essential nutrients that help with their journey. This is especially important if nectar-producing flowers bloom late because of unfavorable weather conditions. It also helps out in case the temperature is too low for insects to roam freely.

You can also help out by planting and taking care of nectar-producing flowers to further improve hummingbirds’ odds of getting the nutrients that they need not just for their migration process but also for breeding and building their nests. Speaking of nests, you can put nesting materials in your backyard to ease the birds’ work. 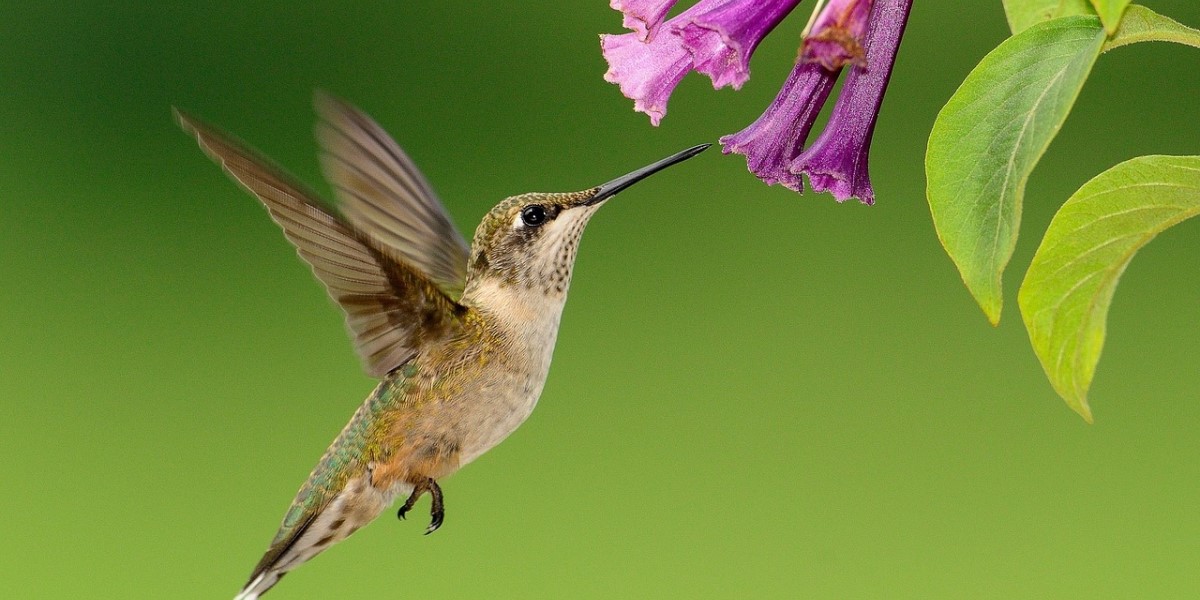 If you really want to help out a lot

One thing to note, especially if you plan to help the birds out until late fall, is that you need to put your hummingbird feeder in an area where you can provide heat. Feeders are highly susceptible to freezing when temperatures drop, so keeping a heater nearby is essential. You can also use an industrial work light or outdoor floodlight near the feeder to get the same results.

Take it outdoors in the morning so that the hummingbirds can start feeding as soon as they need to. Keep as many nectar-filled feeders as possible and try to rotate between them. Keep a few outdoors and a few indoors. Once the feeders outside are depleted, take the other ones out. In the meantime, replenish the nectar in the empty ones. Repeat this process as necessary.

Ten percent of the hummingbird species are considered endangered or even critically endangered. The biggest contributor is habitat loss and destruction. Unless you want them to disappear, you can help out by following the previous steps mentioned in this article.

The other big contributors are predators. While hummingbirds are incredibly agile, they don’t always escape vigilant and sneaky hunters. Reptiles, usually snakes, stalk hummingbirds and move slowly to avoid being seen. Once they’re close enough, they strike with incredible speed. Large frogs and even some fish jump straight out of the water to catch hummingbirds.

The hummingbird feeds on nectar by using its tongue similarly to how humans use straws to drink liquids. And it happens at incredible speeds. More specifically, a hummingbird’s tongue goes in and out of a nectar-producing flower around twenty times per second.

The oldest known hummingbird to live in the wild reached 12 years of age. The oldest one to live in captivity lived 14 years. The two specimens lived incredibly long compared to typical hummingbirds since their lifespan is usually between three and five years.

It’s incredible how such a small bird can have so many interesting things for us to discover. It would take you days to go in full detail about each hummingbird species and its characteristics that make it unique. But you don’t need to, because all of them are marvelous. And all of them should be cherished because of what unique additions they bring to our ecosystem.

It may be sad to hear that some species are endangered, but you can do your part in protecting them and helping them with food and nest supplies. In fact, with today’s technology, humans can help these incredible creatures easier than ever before. So if you truly care about them, don’t hesitate to offer as much of a helping hand as you can.