Why Do Binoculars Have Prisms?

The image delivered by binoculars depends on various parts used for their construction. From the lenses employed to the type of coatings applied, everything counts when it comes to the image quality you get when using binoculars, whether they’re binoculars for children or adults. Prisms also play a key role. Learn more about how binoculars work by reading this post.

Binoculars have a long history behind and their very beginnings can be traced back to the moment when glass was invented. It was this discovery that later led to the creation of lenses that allowed for distant objects to be seen magnified and thus in great detail. Many scholars and inventors have contributed to what we now call binoculars.

Today’s models come with features that were unavailable a few centuries ago yet that make it possible for these optical devices to deliver enhanced visuals. From hunting to birdwatching and nature-observing, binoculars are optical tools that certain outdoor activities cannot be carried out without.

If you’re new to binoculars and how they work, this post might be of help. Give it a try to learn more about the various parts binoculars feature including lens types and prisms and their roles. 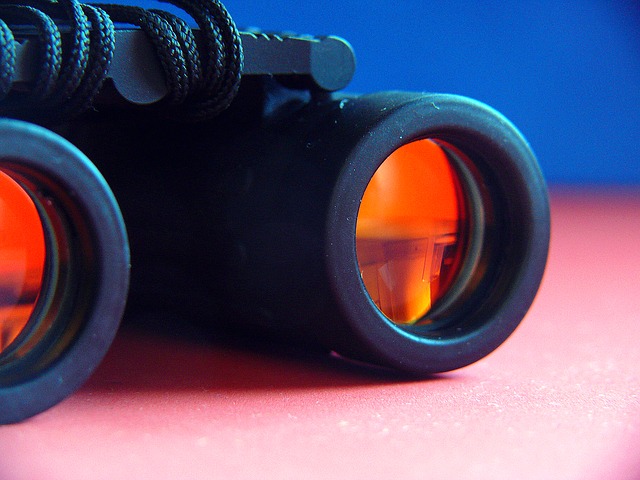 Binoculars are optical tools that are employed to magnify distant objects and allow the user to see them in great detail. What makes that possible, though, is a series of different parts placed in a certain way. Lenses weigh heavily when it comes to the performance delivered by these optical instruments.

They are available in various sizes and shapes and understanding how they work is vital if you want to know the ins and outs of binoculars. You might remember from school that lenses are either converging or diverging.

While a convex or converging lens brings distant light rays into focus and thus enable you to enjoy a clear image of distant objects, a concave lens makes them diverge, the reason why they’re called diverging. You will thus find diverging lenses in movie projectors, for example, whereas converging lenses are used in magnifying tools and glasses.

The role of prisms

Lenses are not enough to help you see an object that is far away and do so clearly and in great detail, though. They can do that but a complex system of lenses is needed to provide enhanced results. That’s why binoculars also feature prisms.

To understand the role of prisms, it is necessary to know what happens when only lenses are used. In order to see distant objects clearly, you need to place two convex lenses one in front of the other. The first lens is known as the objective lens since it is the nearest lens to the object that is being observed.

This lens is the one that collects light from the distant object and brings it into focus into the eyepiece lens. The second lens is needed to make the distant things clearly visible and render them in greater detail; therefore, the second lens used picks up this image and magnifies it. This is the mechanism behind telescopes and binoculars are two telescopes placed together.

However, there is a difference between two simple telescopes placed together and binoculars. The image rendered by two such lenses placed one in front of the other is upside down because light rays from a distant object cross over when they pass through a convex lens.

The second lens featured doesn’t solve that problem and that’s why binoculars make use of corrective elements such as prisms. They are placed between the eyepiece lens and the objective lens in order to fix this problem. Prisms are basically blocks of glass that act as mirrors, just that they don’t have the reflective backing of mirrors.

Two prisms are used to correct the image so you can see it properly. The first one will rotate the upside-down image by 90 degrees before passing it to the second prism which will do that again, making thus a full 180-degree turn.

Ensuring a properly positioned image is the primary role of prisms yet they are also employed to add to the performance delivered while reducing the size of binoculars. Prisms reduce the light path and thus make the binoculars smaller.

Some of the earliest binoculars did not use these prisms and were heavy and bulky. Thanks to these corrective elements, that problem has been solved as well. 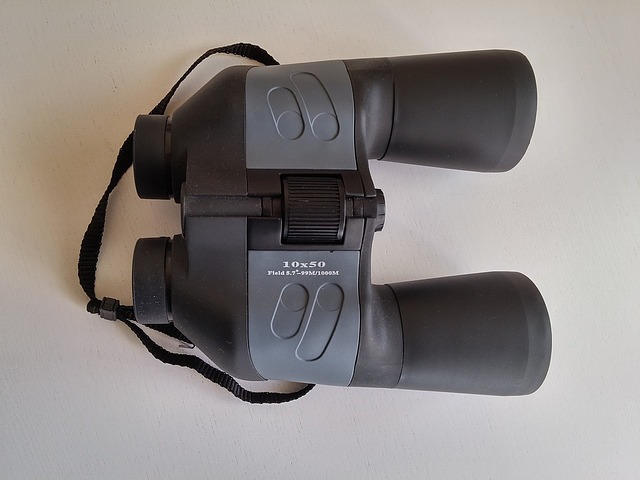 When searching for binoculars, you will run into models that either feature roof prisms or Porro prisms. These are the two types of prisms used for binoculars and each of them is arranged in a certain way.

Named after its inventor, Ignazio Porro, the Porro prism is a block of glass used in optical devices to rotate the image and thus change its orientation. This right geometric prism features right-angled triangular end faces. This type of prism rotates the image twice; therefore, the initial upside-down image that enters the prisms is rotated by 180 degrees.

The Porro prism lines up the objective lens with the eyepiece lens by using an offset arrangement. However, these prisms add to the weight of the binoculars featuring them. In order to correct image orientation without making the binoculars heavy, another type of prism is also used for these optical devices.

These prisms are known as roof (Dach) prisms because they resemble the roof of a building. This type of prism divides the beam of light into two paths and then brings the light together again, which is known as phase-shifting. The roof prism contains a section where the two faces featured meet at 90 degrees.

The angle between these two faces must be very close to 90 degrees, otherwise, the image quality would be affected. Plus, since less light is transmitted from the objective lens to the eyepiece lens, binoculars sporting this type of prism might not deliver the best contrast. The most common roof prisms are the Abbe-Koenig and the Schmidt-Pechan prisms while the simplest is the Amci roof prism.

Prisms are also divided into several types based on the glass used for their construction. You will thus find BaK-4 prisms that use a Barium Crown glass. Such prisms are considered to be superior to BK-7 prisms thanks to their lower critical angle and higher refractive index, which means the light is bent more efficiently and the spherical aberration is reduced.

Lower-priced binoculars usually feature BK-7 prisms since these prisms are made from borosilicate crown glass. The most appreciated prisms, though, are the SK15 prisms which are made from a very high-quality glass that ensures enhanced contrast and image clarity. 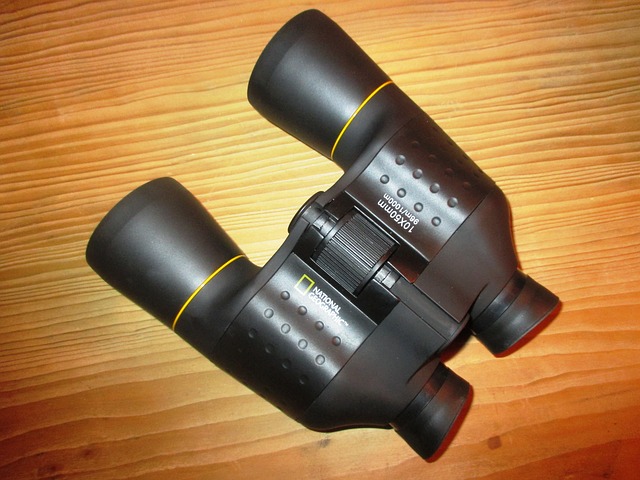 Just as we’ve mentioned in one of our latest posts, lens coatings are needed to reduce color aberration, improve contrast, and enhance the quality of the images the observer using the binoculars sees. Prism coatings are also applied.

Named after Ernst Abbe and Albert Koenig, the Abbe-Koenig prisms are designed in such a way to reflect 100% of the light that hits the prisms; therefore, it is not necessary for highly reflective coatings to be used. Moreover, many users appreciate these prisms for showing less color and spherical aberration when compared to Schmidt-Pechan prisms. Still, they do need phase-correction coating.

The problem with prisms is related to the multiple internal reflections that occur and that can reduce the image quality delivered and lead to various interference effects. Coatings are used to reduce such unpleasant results. You will usually find binoculars that feature dielectric coatings and phase-correction coatings.

Moreover, these coatings ensure high-contrast images as well as accurate color reproduction. High-end roof prism binoculars may feature the so-called phase-correction coatings on their prisms. Such coatings are used to keep light in correct color phases and thus they improve contrast, color fidelity, and resolution.

Phase coatings are used only for binoculars that feature an Abbe–Koenig roof prism or Schmidt–Pechan roof prism since binoculars sporting Porro prisms do not divide beams and thus they require no phase coatings.