Home » Binoculars » How to use your binoculars for stargazing

How to use your binoculars for stargazing

Recent developments in optics and glass processing made high quality, powerful stargazing telescopes and binoculars more affordable than ever before. If you have such an item and want to know how to use it to look at the skies and stars, read the following article to understand how to properly set it up.

Summer is the best time of the year for amateur astronomers – the skies are clear, rains are usually rare and it is easier to find space objects that are not so close during winter. It is during this season that you can take advantage of the wide field of view that your device provides and explore the realms of cosmic space with them.

The first thing that we are going to discuss is not that known but it sure makes it a lot easier to go around galaxies and stars. Your smartphone will prove really helpful in this case – the sky-charting applications that have been developed include detailed nighttime maps and all the observable objects that are of any interest. 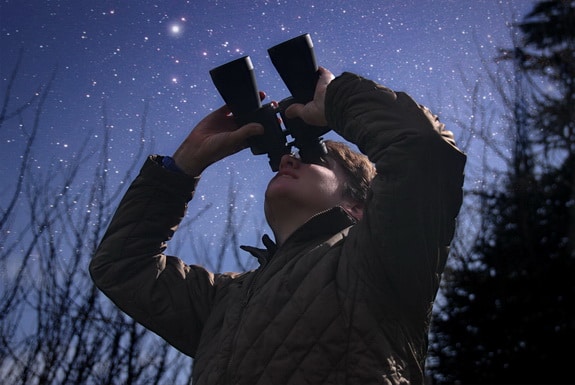 These apps can show the exact position of a certain object by using the internal compass and GPS systems integrated into your phone, and more advanced programs such as SkySafari 5 provide a great deal of information about the observed stars, together with colorful images.

The aforementioned app displays a circular indicator for the field of view, in order to give you a hand with judging the size of their appearance and locating them amongst nearby stars. If you do not want to buy this program, there are many web pages that locate planets and stars visible from your area at a given time. One of these pages is the EarthSky Tonight – it has an intuitive menu and great accuracy scores, which will help you greatly with finding a target.

After discussing the latest software technologies, we will turn back to the beginning of time and the first-night sky observations – these all focused on the Moon, once worshipped as a goddess by ancient peoples. When you are making the first steps into stargazing, it is obvious that you should begin with the biggest, brightest and easiest to observe an object in the night skies.

Best observed at twilight, when the glare is not so great and more details can be seen, the Moon has a far greater importance for stargazing than you would think. Since full moons are very bright on summer nights, they should be avoided because the increased amount of light can obscure distant objects and distort the closer ones.

Astronomers advise starting gazing when the Moon is past the new phase and visible as a waxing crescent in the skies after sunset. There are many patterns that can be observed on our natural satellite, described in better detail on dedicated web pages or in scientific works that deal with the subject.

Planets are also observable with binoculars. However, they move around and their variable position can be tracked following steps explained by astronomers from long ago (the fun version) or by using web pages and mobile applications that will spare you the trouble (the fast version).

Now, we will provide you with some ideas on how to view planets in our Solar System with binoculars. Mars, the Red Planet, is known for its bright color and sci-fi stories set on its surface. Since astronomy models have wide objectives that gather more light and increase the brightness of the observed object, the planet will appear in a more intense color.

Mercury and Venus, inner planets of the Solar System, have phases that can be observed with some amazing astronomy binoculars, a few days before or after they pass between the Sun and Earth. Jupiter is also a great target for such observations, and, provided that you have enough magnification power and a steady hold or a tripod mount, the four Galilean Satellites will also appear orbiting the biggest planet in our system.

Astronomers also like to note how their relative position changes every day, as they move around in their orbit. Saturn, Uranus, and Neptune can also be spotted with good designs, but in less detail; usually, observers appreciate their bright colors, enhanced by the working principle of their optical device.

Many other things that exist in or travel through the solar system at certain moments can be observed. Comets are a popular target, as are asteroids (12 of which can be observed by using even common products) and meteor showers. 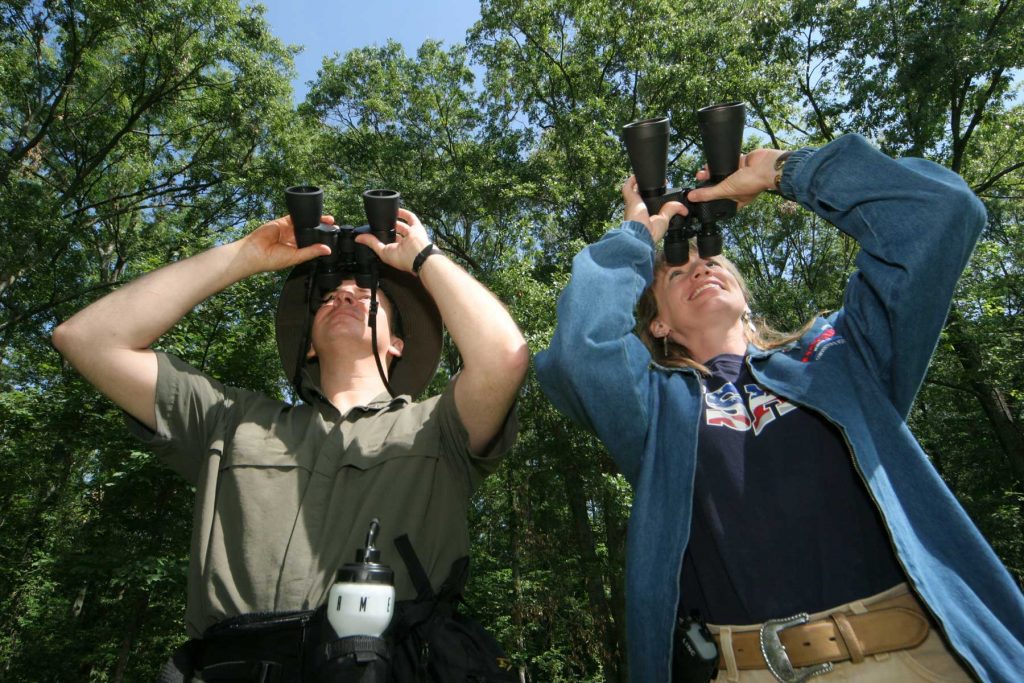 However, since meteors appear randomly and are hard to predict, it is advisable that the observation is carried out with a product that has a wide field of view and less magnification power since concentrating on only one portion of the night sky can make you miss some objects.

Clusters and nebulas are within the reach of good astronomy binoculars. You can explore the Milky Way, our home galaxy with this method and expect some amazing results! The Pleiades, a cluster also known as the Seven Sisters, is noticeable for the dipper-like appearance, but it is also pretty small.

Located at about 400 light years away, it appears clearly when observed with binos, just like the other desired constellations such as Orion. The Orion Nebula and Lagoon Nebula are good targets too for those armed with tripod mounted gadgets.

Night skies will reveal a strange, alien and fascinating new world that is interesting to observe. Apart from the aforementioned objects, there are many other ways in which the universe can be explored with binoculars. Leave your imagination do a great part of this work and you will feel accomplished and relaxed after a night of stargazing.