Home » Binoculars » How do binoculars work?

How do binoculars work?

Perhaps the most popular way of viewing and magnifying distant objects is by using binoculars. Also known as field glasses, the many variants existing nowadays initially started as a simple design that joined two telescopes together, pointing them in the same direction.

Viewers could now have a binocular vision (using both eyes), rather than the monocular image they had while using scopes. More designs are now available, the most popular being the Porro prism system; in terms of size, these vary from small devices, used for concerts or operas, up to huge field glasses used by the military or by sniper spotters.

The older designs had no prisms and worked with Keplerian optical systems; this is also known as a refractor. It works by using a lens for objective, forming the magnified image. Back in the days, such designs were used for birding binoculars that record video but also for spy glasses and astronomical use. 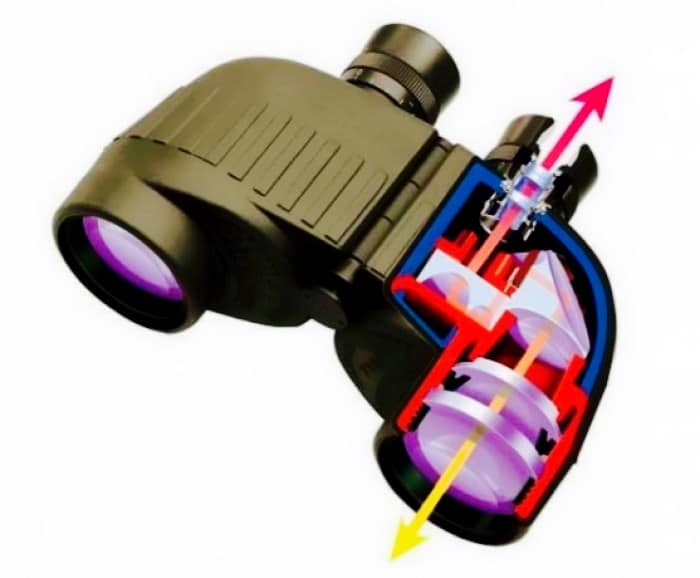 Replaced by the reflecting scopes that allowed larger apertures, the refractor lost its popularity and is now obsolete. However, the principle that allowed the earliest devices to work remains valid and it is based on refraction.

This refers to the way light beams bend as they travel from one material to a different one (example: from air to water). Lenses use this principle to operate; these pieces of glass have a curved surface, bending the light ray as it hits them and travels further. Convex lenses grow thicker towards the center and these are used for magnifying objects, while concave lenses have caved-in centers, and are used to spread light and make it cover larger surfaces.

Even though these products employ many other pieces in order to operate, they all rely on convex lenses. The first lens encountered by the rays of light is the objective. It makes light rays converge and the image is focused at a short distance behind it. Another lens picks up this focused image and magnifies it.

Afterwards, a prism system is used to rotate this image with 180 degrees since the original is upside down because the rays tend to cross over after leaving the objective. The most common system is the Porro prism – here, two prisms arranged at 90 degrees are located behind every objective lens, rotating the image until we perceive it oriented as it actually is.

Another popular system is the back-to-back arrangement, also known as roof prisms. There are some models that correct the image only by using lenses, but by doing so the image quality is lowered. In the end, the rays of light pass the ocular lenses and meet the eye.

Binoculars are more useful than telescopes in some situations since the latter do not usually give an impression of depth. By using double eye vision and a slightly different viewpoint offered to the viewer’s eyes by each scope, field glasses give a complete three-dimensional image, which is more useful in certain moments.

Parameters characterizing these devices can be sorted into two different classes: optical and physical. The latter usually refers to things such as weight, durability, coating and maybe impact absorbing materials. Optical parameters are the most important ones, and magnification is the first that comes to mind when hearing the word binoculars.

It is given as the first number in descriptions and is usually engraved on the body together with the brand, model and in some cases field of view (example: 10×40). In the example previously shown, the 10 shows magnification power – this means that the product magnifies up to 10 times.

The second number is the diameter of the objective lens, in our case, 40 millimeters. This is the second optical parameter that is of great importance: the larger the lens, the more light passes through it and therefore the brighter the objects viewed appear.

If you are in search of some awesome safari binoculars, you will need a smaller objective since brightening up an already bright image is not going to work out well, but if you are going to use your product in a shady forest, a large objective will help.

Another optical parameter is the field of view. It tends to decrease as the magnification power gets bigger, but not always – this depends on the optical design.

The field of view is, in popular terms, how much of the world you can see through the optical device; scientifically, it is an angle that describes just that. It is noted in a linear value – how many meters (or feet) in width can be seen at a certain distance (usually 1000 feet or meters) from the observer. Close focus distance is a less important feature, and it translates as the closest object to the viewer that can be focused by the optics inside the device.

Usually, objects at 0.5 and up to 30 meters away can be clearly seen, depending on the type of the product.In order to make sure that anyone, regardless of how good their eyesight is, can use the product, focusing mechanisms are also included. These can be independent (the two scopes are individually adjusted by turning the eyepiece) or central, where both tubes are adjusted together. 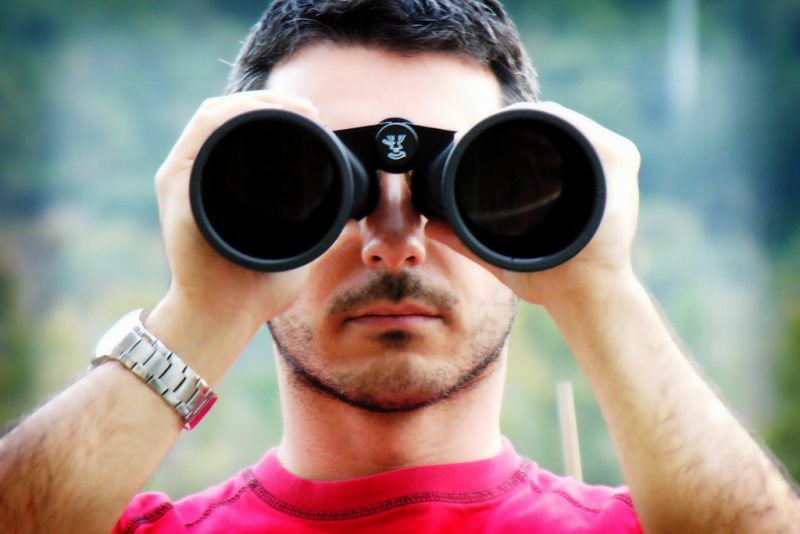 Of course, independent models are far better because some people have different diopters for each eye, and adjustments might vary between scopes. Myopic or hyperopic users have to adjust the focus but usually, they can use binoculars without glasses.Optical coatings are used to increase the quality of the image, to improve resistance, to eliminate light reflection (useful in military applications, where the spotter must remain hidden and light reflection must be minimal, so as to not disclose his location) or for other technical reasons.

The objective in coated items will appear colored in red or green, usually, depending on the type of coating used. There are many types of coatings currently used, such as dielectric or mirror coatings.

All these features are best observed by using a product that fits your preferences and that offers you the best value for the money. The wide variety of prices and models ensure that you will certainly find the awesome product you dream about.