Who Invented The Borescope?

A borescope is a pretty handy tool, seeing how it can be inserted through small openings and explore areas that are not easy to examine by the naked eye. To find out more about it, as well as about its history, you only need to read this article on who invented it and where the borescope is situated right now, regarding its role in various activities.

Although it is pretty much similar to an endoscope, which is a medical tool for examining a patient’s body without opting for invasive surgical procedures, a borescope must be understood as a tool meant for industrial applications. 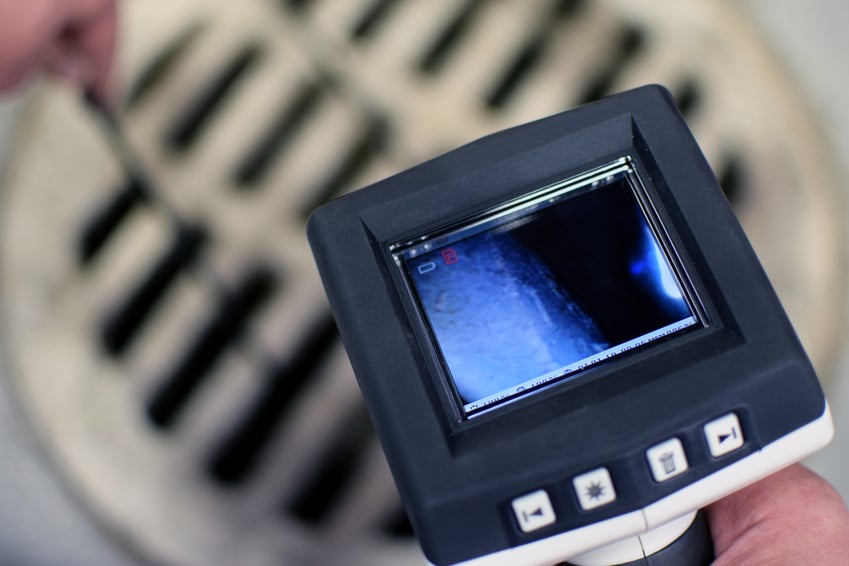 Who invented the borescope as we know it today?

To give a clear and straightforward answer first, let’s talk about the borescope in the shape that we know of today. This version of the borescope that would be the first to be talked of in these terms was created in 1960 by Narinder Kapany, an American physicist of Indian descent, and Brian O’Brien, an optical physicist, also from the US.

This new tool was outfitted with a rigid tube that could be used directly to explore tight spaces. It is quite evident that the borescope has evolved quite a lot from those days, and not such tools come equipped with inspection cameras that can take pictures and videos of the explored areas.

About endoscopes, the close siblings of borescopes

We can’t really talk about a borescope without talking about an endoscope. The latter is used in medicine, its role being to allow the doctor to look inside the human body without using invasive surgery. Its applications are varied, and diseases such as cancer or ulcer can be identified with the help of an endoscope.

One of the biggest advantages of endoscopes is that they do not require the use of toxic compounds, and they can be used directly to explore an affected organ. In medicine, there are many different types of endoscopes, and some can even be used without anesthesia.

Such devices were even used by the ancient Greeks and Romans

Endoscopes, and therefore borescopes, are not, as a concept, at least, that much of a novelty as we might feel tempted to believe. The first endoscopes were used in Ancient Greece and Rome, and there is a prototype that was found in Pompeii that dates from those times. 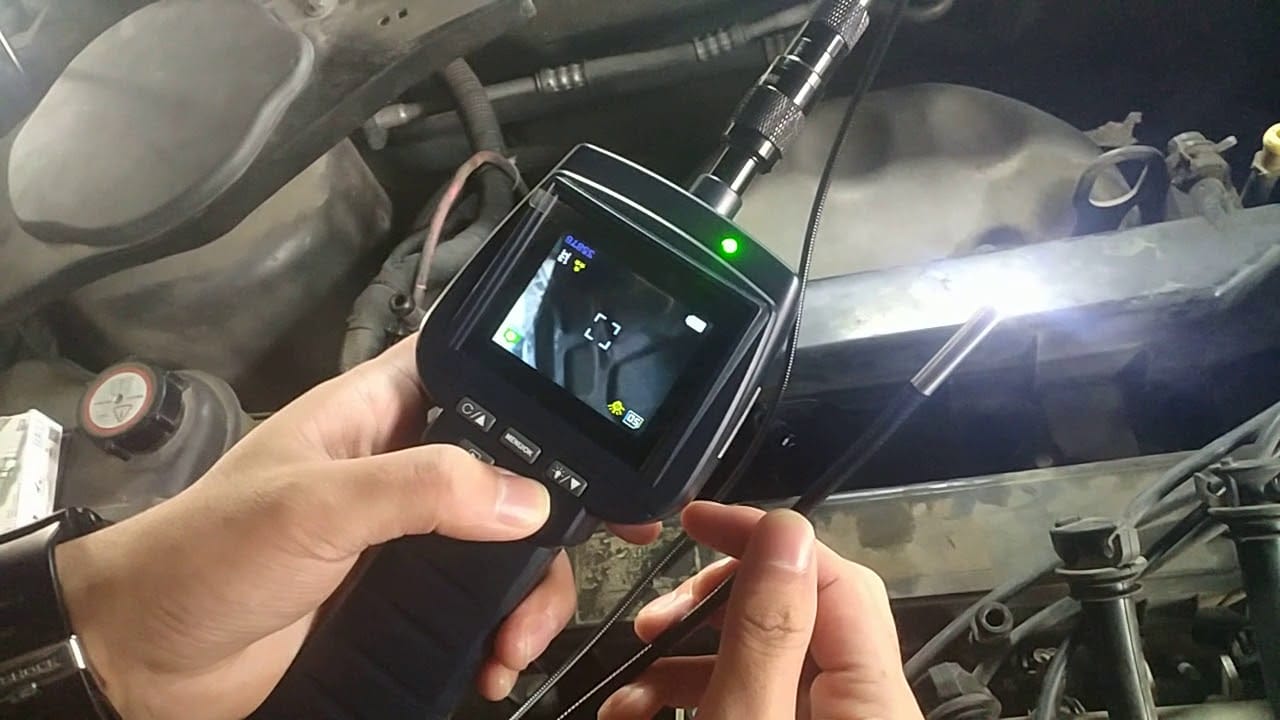 Philipp Bozzini and his discovery

Although there are such proofs of the use of endoscopes by ancient civilizations, for almost two thousand years, nothing else was left behind to attest the continuity of such a medical device. In 1805, however, things would change with a discovery made by a doctor called Philipp Bozzini.

He was the first to use a Lichleiter, basically a rigid tube that he made, that used light for exploring human body cavities, such as the urinary tract and the pharynx.

In 1853, there was an advancement in the making of such investigative tools. Antoine Jean Desormeaux made a medical instrument specifically for observing the urinary tract and bladder of patients. He gave it the name endoscope, and the medical tool he made became important for diagnosing and treating various urinary diseases.

In 1868, Dr. Adolph Kussmaul used a similar device on a patient to investigate his stomach. Since the patient was an experienced sword-swallower, he managed to go through the investigative intervention without anesthesia.

Other advancements were registered during the following years. In 1871, Nitze and Josef Leiter invented the cystourethroscope, and a bit later, in 1881, Johann von Mikulicz and his team would make the first gastroscope ever to be used in medical applications.

This gastroscope was rigid, and a flexible version of it would be invented in 1932, by Dr. Rudolph Schindler. Because it was not as difficult to accommodate as a rigid gastroscope, it was much more comfortable for patients to go through the procedure and recovery afterward.

From endoscopes to borescopes

Although the term borescope describes mainly the tool we know today to be used for industrial applications, it is so closely related to an endoscope, that its history is related to that of the medical device.

Today, a borescope can be used inside your home and can undertake some simple tasks, such as trying to find lost things in cramped areas, to more complicated stuff, like examining damaged pipes inside walls. Because they are so versatile, borescopes are ideal for many other applications, such as exploring the engine of a car.

Of course, the models you can see today resemble only in appearance the old endoscopes mentioned so far. They are compact and can be outfitted with a high-resolution camera. Just like the devices now used by medicine, they can reach crowded places, take pictures, record videos, and deliver their results to a remote unit, such as a phone or a PC.

They have interesting things such as LED lights that help to explore areas that are entirely in the dark, and their cameras can be waterproof. Also, they can connect to your phone via Bluetooth so that you can examine what the borescope sees remotely.

In short, a borescope shouldn’t be amiss from your toolbox. There are indeed industrial models used for various large-scale applications, but aside from performance, these models are not as far away in terms of appearance and functionality from a tool you can use at home.

What can you do with a borescope?

A borescope is different from an endoscope mainly in its purpose. As already mentioned, there are many things you can do around the house with such a tool.

Bear in mind that you will need a waterproof model if you intend to explore the leaking pipes in your plumbing. Also, you should consider getting one with a long cable so that you can reach the damaged areas even if they are far away from the point of insertion.

This way, you will not have to tear down the walls in your home and make a mess, whenever you need to inspect a defective drain or a leaking pipe.

Even if you are not a mechanic, you may want to know what’s happening with your car engine if you suspect a leak. Examining such a car component can be tricky without proper tools, and that’s where a borescope comes in handy.

For instance, you can take a closer look at the gaskets, checks for cracks and other signs of damage, as well as examine the pistons. All these tasks can be completed without taking the engine apart, which is a significant convenience.

Because many models come equipped with flexible cables, it is not difficult at all to stick them through tight spaces, and get them to navigate around corners and pipes. Whether you need to examine your air conditioning system or other similar areas, you will find a borescope to be particularly convenient.

Borescopes, as they are today, are far from the first endoscopes described above. Now, you can get a borescope that can be easily hooked to your phone or tablet, or even your PC. Modern borescopes are small enough to fit in your pocket, but they can do so much more compared to their ancestors.

Make sure that the model you intend to purchase is compatible with the operating system on your phone. Manufacturers usually list all the compatible devices, so they are easy to identify. Typically, such devices use the USB port, so there’s not anything else you need except for a USB cable.

When you connect a borescope to your phone, you will be able to see everything that the camera installed at the end of the borescope sees. That can be pretty cool, and allow you to explore to your heart’s content.

These devices also come equipped now with high-resolution cameras, so there will be outstanding image quality you will get. The main advantage of these cameras, when equipped with powerful LEDs, is that they can perform really well in areas that don’t have enough illumination. What’s best about it all is that you have such a great tool in your pocket.