Home » Telescopes » What You Should Know About Telescopes

What You Should Know About Telescopes

The sky is incredibly starry and the moon looks gorgeous so you tried to take a photo with a camera. But no matter how expensive the camera was or how good the lenses were, it simply didn’t look the same. However, you can go from not looking the same to looking better while using a telescope. But you can’t simply take home the first telescope you see. So keep reading to find out what suits you best. 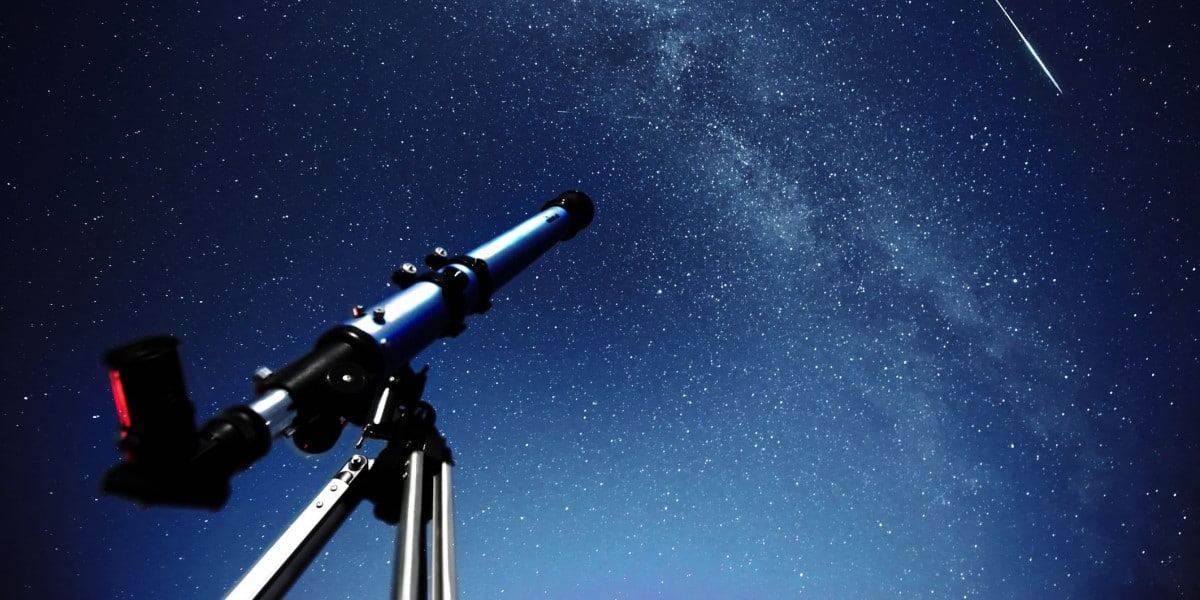 When it comes to telescopes, there are two fundamental characteristics: high-quality optics and a reliable, smoothly functioning mount. As you may expect, bigger scopes will show more and they are even easier to use. However, do not overlook the portability and comfort given by a smaller scope.

This is the most important characteristic of any telescope. It represents the diameter of the light-collecting lens or mirror. It is also known as the objective. It doesn’t matter how cheap, expensive, small or big the telescope is, always check out the aperture.

Check out the telescope’s specifications close to its focuser, at the superior part of the tube, or on the package. The diameter of the aperture (D) is usually expressed in millimeters or in inches. Remember that 25,4 mm equals 1 inch. As a general rule, the telescope’s aperture should be at least 70 mm or 2.8 inches.

The advantages of a bigger aperture

Having a telescope with a larger aperture will help you see dim objects and finer traits than a smaller one. Nevertheless, a good quality small telescope may help you with seeing plenty, especially if you don’t live close to the city lights.

How light influences the view

No matter how good the advertisement sounds, stay away from scopes that are being advertised using their magnification. Especially if they mention specifications that sound exaggerated such as a magnifying power of 550.

As a general rule, the scope’s magnification should be around 50 times its aperture if it’s in inches. If the aperture is measured in millimeters, the magnification power should be two times bigger. Anything that exceeds the value has no real use.

So if you see a telescope with 500x, its aperture should be around 11 inches to get a decent image. Even if the aperture to magnifying power ratio is correct, you still need to wait for a night when the conditions are good enough. 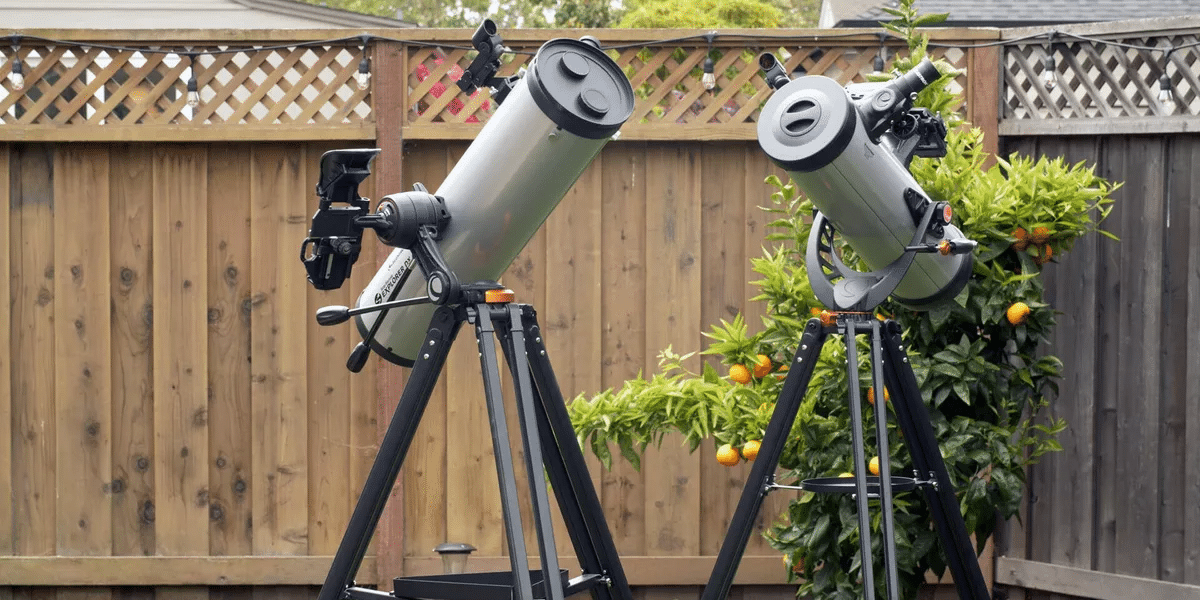 The focal length of the scope’s objective helps you determine the magnification which is also referred to as ‘power’. It is not complicated at all. You just need to divide the focal length value by the eyepiece’s value. Make sure both of them are expressed using the same measuring unit.

There are 3 basic telescopes types: refractors, reflectors, and compounds. These types use different optic principles to get the same result: make far-off celestial objects look larger and brighter than they appear to the naked eye.

This is probably the most common type of telescope. You can easily identify them as they have a lens at the front of the tube. Despite the fact that they don’t need a lot of maintenance, the price quickly increases as the aperture gets bigger. This might be the best choice for your first telescope as it will be easier to find people capable of giving you a piece of advice.

This type of telescope uses a mirror placed at the end of the main tube to collect light. In general, they are the cheapest type for a given aperture. If you decide to get one of these telescopes, you will have to recalibrate the optical alignment from time to time. More often if you don’t take good care of it and bump it around. 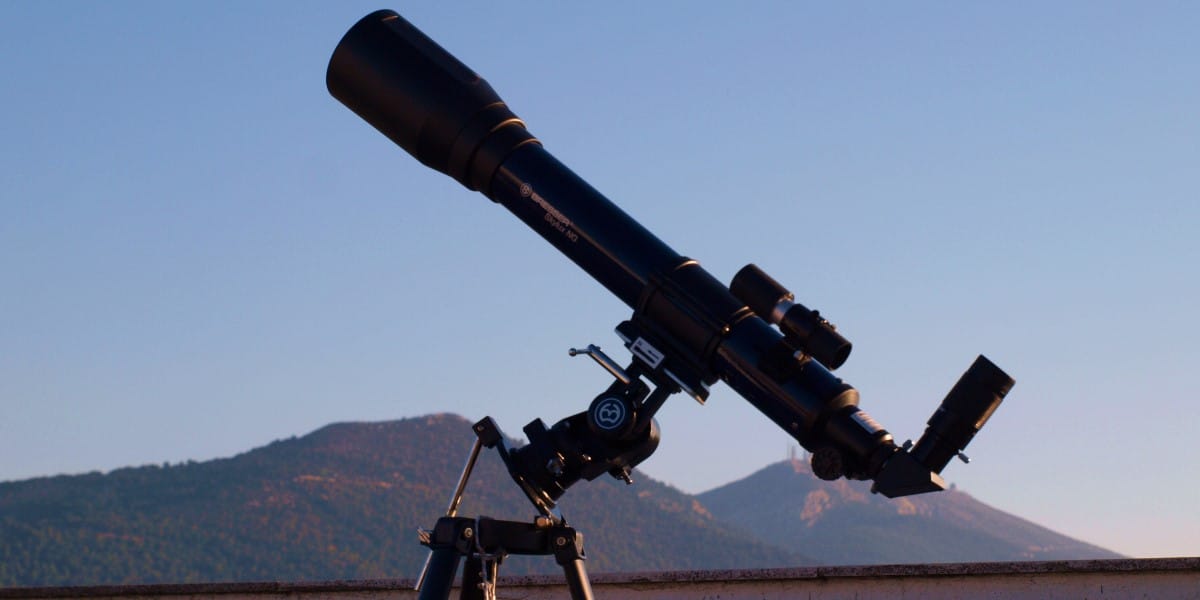 When it comes to telescopes, the mount is the unsung hero. Every telescope needs a sturdy mount to support it. Most of the telescopes are conveniently delivered with mounts or tripods so you can set them up as soon as you get them.

Some of the smaller scopes are equipped with a mounting block so you can attach them to a regular photo tripod using a single screw. Nevertheless, a photo tripod might not be sturdy enough for astronomy purposes. Tripods designed specifically for telescopes use more resistant plates or rings.

No matter how diverse their aspect might be, there are only two types of mounts. An ‘alt-az’ mount allows you to move it left-right and up-down. It has the advantage of being easy to set up and it’s quite intuitive. In general, for a reflector type, a simple wooden platform is used. This is called a Dobsonian and it’s a variation of the alt-az mount.

A more complex mount, designed to follow the trajectory of the stars by moving on a single axis is the equatorial mount. It is usually bigger and heavier than the alt-az mount. The equatorial mount is generally preferred by more experienced people as it needs to be aligned to Polaris (the North Star) so it can be used properly.

If you want to take things to the next level, get a telescope that comes with a small motor so you can adjust it with the touch of a button. Some of the more advanced telescopes have a small computer as part of the hand control.

After you entered the current date, time and location, the telescope can orientate itself and follow an impressive number of celestial objects. Some of the most expensive models can give you guided tours of the most extraordinary showpieces. Furthermore, there is even a digital readout showing you what has been discovered about each planet or star. 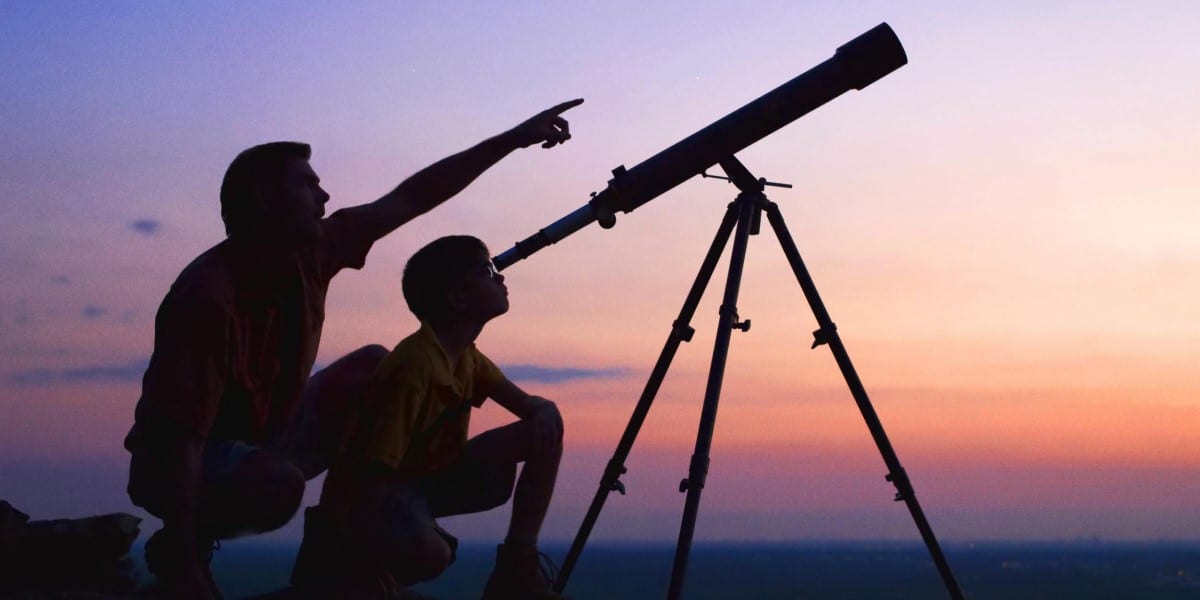 Don’t rush into a decision

No matter how exciting these telescopes sound, they might not be the best choice for you. Setting them up might turn out to be confusing and if you are not sure how to identify the bright alignment stars, it will be frustrating. After all, you just spent a big amount of money on something that you don’t know how to use properly.

Furthermore, the lower-priced models have a smaller aperture than similarly priced telescopes with no fancy electronics.

How can you find celestial objects?

One of the simplest ways is called naked eye astronomy. Here’s how it works: you look up to the sky, spot something that is interesting for you and point the telescope at it. This works for the moon, noticeable planets, or bright celestial objects.

However, most of the planets or stars are not visible with the naked eye so you will not know where to point the telescope.

A planisphere is a cheap, easy-to-use disc that shows the night sky for different latitudes, including the main constellations and more well-known celestial objects. In order to use the planisphere, you must align the date with the time and it will show you what constellations are going to be visible at any given time.

After you lined up the correct time and date, guide yourself by holding up the planisphere and comparing its chart with what you can observe in the sky.

Look for the brightest stars and once you found them keep following the chart until you discovered your object of interest. After some time you will learn the constellations and it will take you less time to guide yourself using the planisphere’s chart.