Owning a telescope is really fun and many people around the world have started to use one to observe planets and to take photographs. If you want to buy one and you don’t know which one to choose, you can find more info here.

Many people don’t know the basics when it comes to the different types of telescopes. When they have to choose, they see a lot of scientific terms, like refractor or reflector, and do not know what the differences are and how they can use these according to their needs.

This is why we have gathered all the essential information you need to know if you want to make a choice or simply gather more knowledge on the topic. We will use simple terms to help you better understand what is going on with these types of telescopes and make the term accessible to everyone. 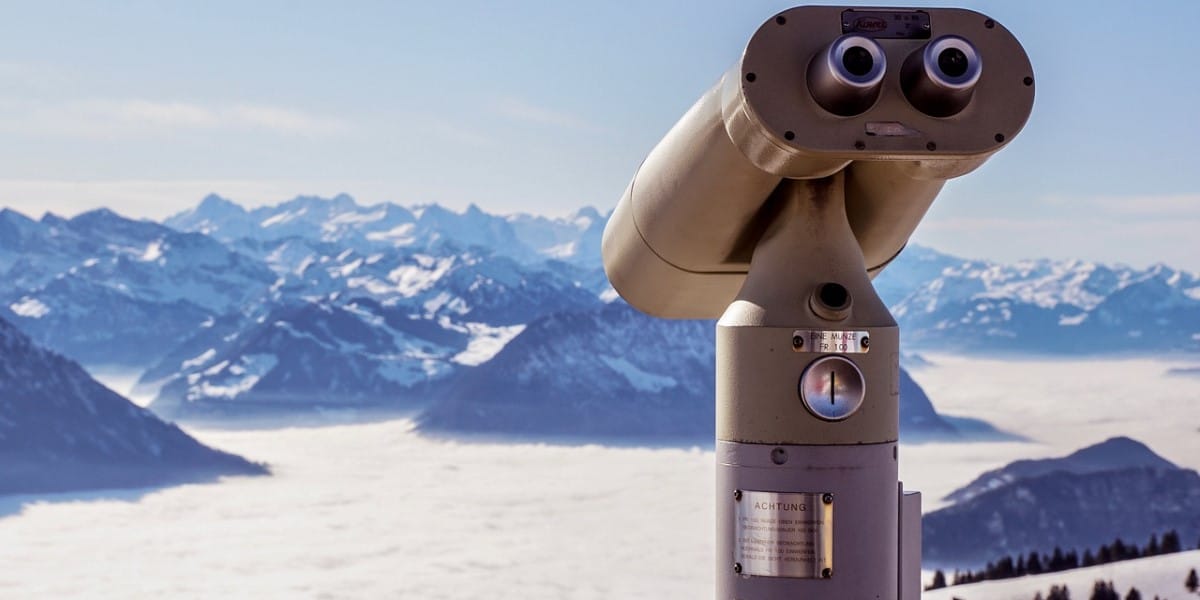 How do they work?

To better understand the differences between these two types of telescopes, it is essential to understand how they work. They both do the same essential thing: they gather a lot of light, more than your eyes can gather, to make objects that are impossible for us to see with the naked eye visible. However, there are more ways to do that.

When you look through a refractor you will be able to observe that the image is flipped left-right. This is not particularly important for celestial objects, but for people who want to look at earthly objects at long distances, there is a prism inserted in the telescope that eliminates this effect.

The reflector telescope is also called the Newtonian reflector. It works differently from the refractor telescope because it uses 2 mirrors instead of an objective lens. The way the mirrors are positioned is really simple.

One is at the end of the telescope’s tube and is bigger, called the primary mirror, which is the surface that gathers the light that enters the telescope. It is also curved. The other one is smaller and is placed at a 45-degree angle to direct the light into a small lens, similar to the one in the refractor telescope, called the eyepiece.

There are some things that we have to clarify before talking about the differences and similarities that these two types of telescopes have. If you understand the basics, you will be able to better distinguish between the pros and cons of each type of telescope. 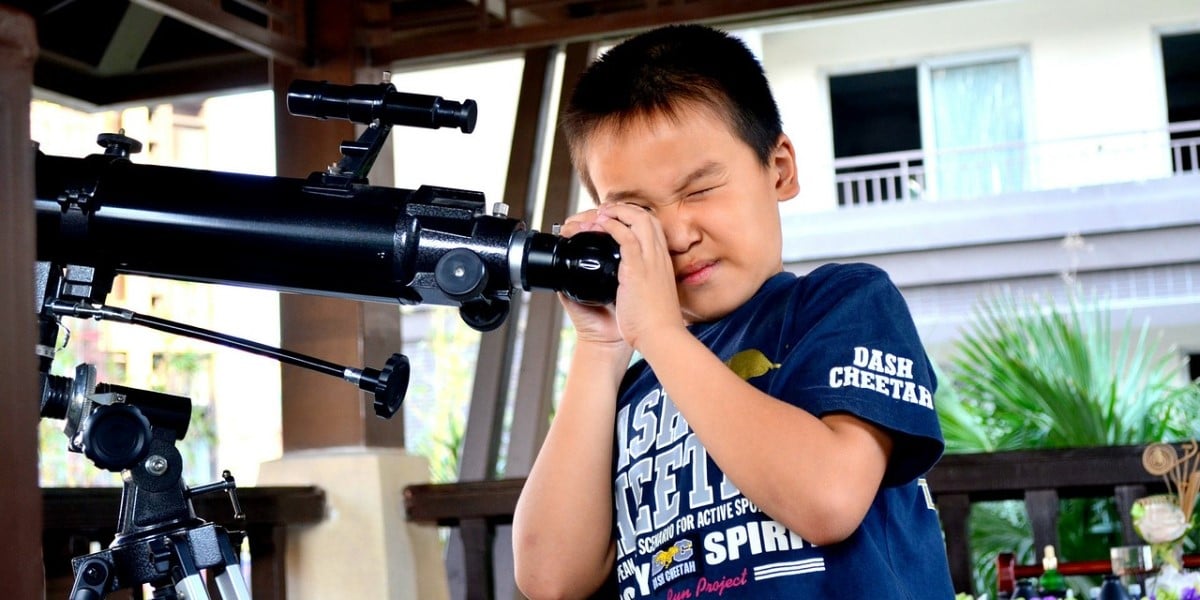 Aperture might seem like a fancy word, but it defines a simple feature of the telescope that is also essential in terms of how well you see an image. As we have said before, the telescope has an opening that lets the light get in. If we think of the surface that captures this light as a circular one, the aperture is the diameter of this circle.

As the light passes through a lens, the rays of light will eventually gather in a single point and this point is called the focal point. So the focal length is the distance between the lens or mirror of the telescope and the point where the light that enters it gathers.

The focal ratio is a feature that is really important when we talk about magnification. It is the number that we get by dividing the focal length by the aperture. The higher this number is, the higher the magnification. The field will be narrower and the image will be darker. A smaller number will do just the opposite. 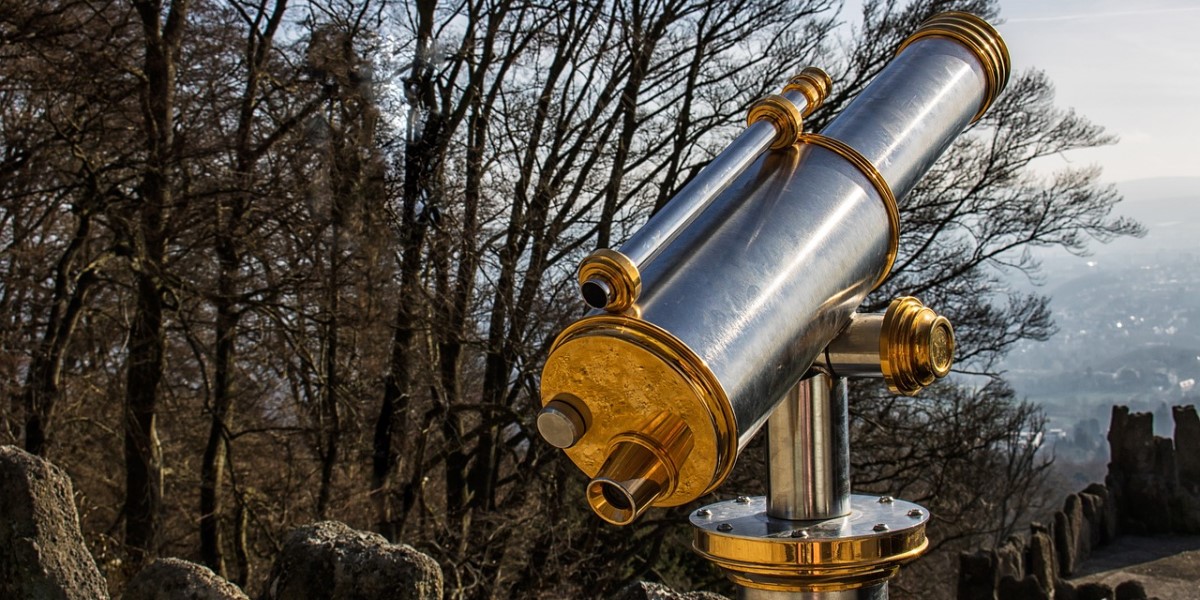 Compared to the reflector telescope, the refractor telescope has one huge advantage, the fact that there is no mirror, like the second small mirror inside the reflector, to obstruct the light that gets on the main surface that gathers the light. That is why you will be able to get a sharper image.

When it gathers the image in the focal point, the lens has to move the colors at the same time to form the same image that it wants to reproduce. However, it can not do it at the same speed so the image might be a little bit different from the original one in terms of colors.

The main advantage that reflector telescopes have is that the manufacturing process is easier and less expensive, therefore a reflector telescope can be made larger than a refractor one. Remember, the larger the surface that catches the light is, the sharper and clearer the image gets. This is important for people who want to see more details.

The other advantage these telescopes have is that mirrors do not mess with the colors simply because the light does not travel through a lens, so it will not be divided into colors.

A reflector telescope has a primary mirror that can be moved in what way is best suited to align the optics. So here comes a minus that this product has. When you have to transport it, this mirror might move and it might not be easy for some people to realign it. However, manufacturers usually have adjustments that are incorporated to help you.

The mirror can also be really heavy, so you have to pay attention when you move the telescope around.

Which one should you choose?

The type of telescope you should choose depends a lot on what you want to do with it. If you have to move it around often, a refractor might be better due to the inconvenience created by the primary mirror in the reflector.

However, when we talk about telescopes that have a large aperture, things can differ a little bit. Due to the manufacturing process, a large mirror can be made thinner than a large lens, and also less heavy, making a reflector a better choice.

Both these types of telescopes can range between lower and higher prices. When it comes to refractors, however, things differ when they get bigger. If you want a larger aperture, the focal length will be longer, so you will need a bigger telescope that can have higher costs.

The telescope is one of the greatest inventions of all times that has allowed astronomers and cosmologists to make great discoveries that have influenced the way we see the world and the way we understand life and the universe. Wanting to see the planets from your own back yard is a wonderful thing and either type of telescope will do a great job.