Home » Monoculars » How to Select a Good Monocular

How to Select a Good Monocular

Good monoculars are small, easily transportable, and reliable for birding and spotting wildlife, as well as looking at the finer details on artifacts. Some people also like using monoculars during sporting events in case they have cheaper seats in the back area of a stadium. The more premium models are even good enough for amateur astronomy. 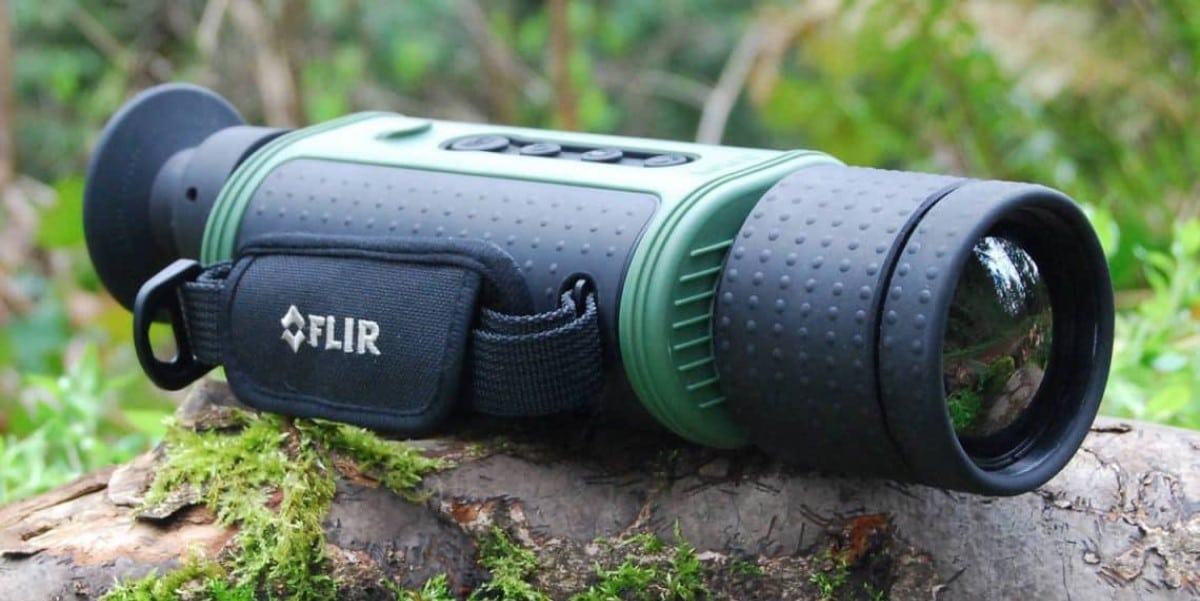 What is magnification power? It’s the monocular’s capability to zoom in on objects. Think of it as you would think of a DSLR camera. The higher the magnification power, the further away you’ll be able to stay from your target and still get a good view. Usually, you’ll find monoculars with a magnification power anywhere from 5x to 8x, with the more premium models going up to 10x.

If you choose one with a higher magnification rate, make sure it also has some image stabilization technology. While, at first, it might seem like a good idea to have higher magnification, it will be harder to keep the monocular steady and get a good image without constantly shaking. Keep this in mind if you have constant problems with trembling hands.

Also, we recommend already having some experience with high magnification binoculars or spotting scopes before going for 9x or 10x monoculars. And don’t forget, the higher the magnification, the lower your field of view will be. To put it in layman’s terms, don’t expect to get a panoramic view with a monocular, but rather focus solely on one target.

One thing that ties directly to the magnification power is the lens size. However, the lens size also determines how wide of a view you can get. The smaller lens will be easier to use and is less bulky, but the bigger ones will offer you better brightness and a much wider image. Most monoculars on the market have lens sizes between 20mm and 42mm.

Also, you should check to see if the lens has a protective coating. This will directly affect the image quality. We recommend getting a monocular that has at least an anti-glare coating to get a better image when using it in direct sunlight. The most expensive option is a monocular that has multiple layers of coating which protect the lens from glare, dust, fingerprints, etc.

On the other side of the spectrum, the lowest quality lens won’t have any coating, and we don’t recommend using that in direct sunlight. This will also affect the focus distance of the lens. The cheaper ones will have a harder time focusing on closer or further away objects rather than those found at the medium range of the lens’ capability.

As mentioned earlier, some people might prefer using a monocular for focusing on closer objects, such as museum artifacts, or plants. Close focus is usually measured in inches rather than yards, and it’s essential to look over this specification if you plan on using the monocular for these purposes.

A monocular with high close focus will not only allow you to view finer details on close objects but usually also comes with the capability of giving off clearer images of objects at a greater distance. Price variations might be a turnoff for many people, but if you truly want quality no matter what, then the investment will be worth it.

Although you might not necessarily need a large eye relief distance if you don’t wear glasses, we still recommend at least 14mm because you might find yourself in situations where you’ll need to use your monocular while also wearing sunglasses. 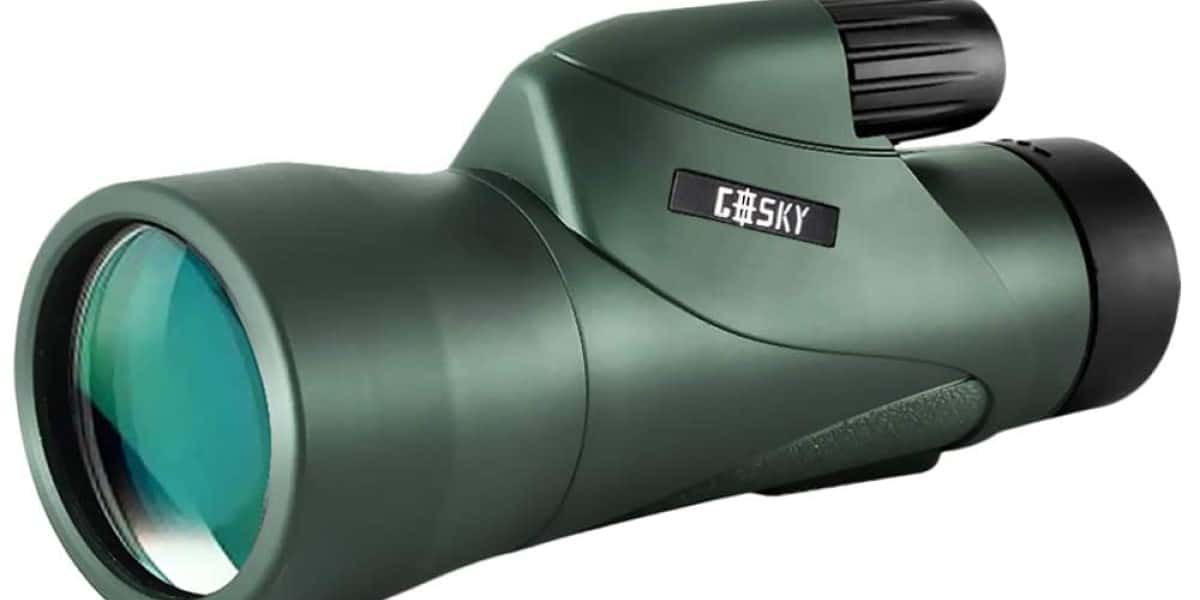 Just like binoculars, monoculars use lenses and prisms to refract light and make images appear larger. Basic physics principles. Consider the type of prism used by the monocular depending on what you need to use the monocular for. Monoculars with a roof prism have a higher magnification level, but the image will be narrower.

On the other hand, a Porro prism will provide more depth to the resulting image despite its lack of zooming capabilities. If you want the best of both worlds, you might want to opt for a monocular with a Porro prism and a bigger lens.

Consider the weight and size of the monocular

If you want portability and the ability to take your monocular out in an instant, you should consider an 8 x 25 or a 10 x 25 monocular. Larger monoculars will probably need a separate carrying bag but compensate this by giving you overall better distance imaging qualities – example: 9 x 30 or 10 x 42 monoculars.

Also, look at the weight of the monocular, and if you have the possibility, try to get a feel for several models before making a decision. If you plan on carrying the monocular with you often, you might want to consider a lighter and slimmer option.

It’s really hard to find a model that can cater well both in light and dark conditions, and those are usually very expensive. As for using it near water or in extreme sunlight, consider something with at least one anti-glare coating, as we mentioned earlier in the article. 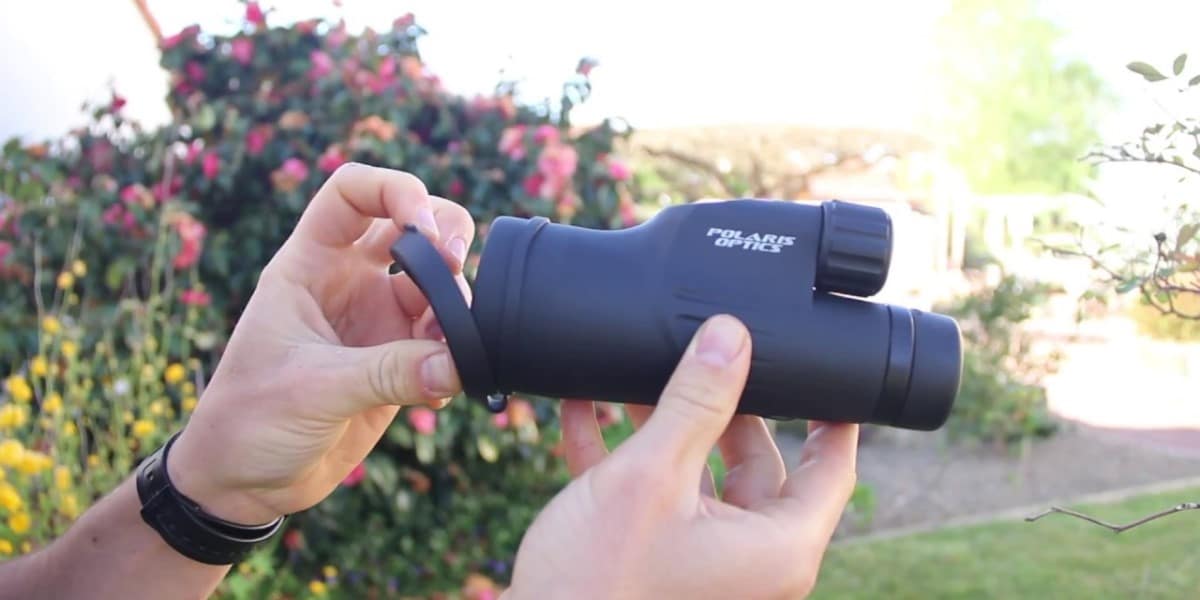 Don’t limit yourself to the first option that you find online. Compare prices and features of several well-reviewed monoculars before making a decision. It’s true that not all of us have an unlimited amount of money that we can sacrifice, but it’s also important not to cheap out on extra features in case we really need them.

Try to look for offers from different sellers and see if you can get a reduced price. If you’re really desperate when it comes to your budget, you may even consider buying a second hand monocular. Just be careful that the seller is authorized or at least trustworthy by looking at their reviews and ratings from other customers.

Don’t be afraid to test it out

If you’re shopping online, make sure that the seller offers a money-back guarantee before buying. Test the monocular out to see if it truly caters to your needs when it comes to weight, size, compactness, image quality, and other important aspects. If possible, go check out a few models in a physical store and then buy the one you like online if you find it at a better price.

Monoculars often come with a warranty included in the price, but it is not always the case. Make sure to ask about the warranty before buying a particular model. You wouldn’t want to get screwed in case the monocular stops working for one reason or another. After all, you’re investing quite a lot of your hard-earned money into it.

Other things to consider

Always remember to check the user reviews for a particular monocular before making a decision. Marketing can be deceiving, and people who have actually bought and used the product tend to be more sincere about their experience.

Fair warning, there will always be a few people who exaggerate their claims either out of spite (if you know the Karen meme) or people who laud the product too much either because they were paid to or because they’re the type of person who is easy to please.

Now you’ve seen all the things to consider when selecting a monocular. Take notes and keep all these things in mind when purchasing one. It might be hard at first, but if you take all of these things into consideration and look at the specs, the process will be all that easier. Good luck!