How Does Night Vision Work?

If you own a pair of binoculars or a monocular, here you can find out more on the topic, that can be used in the dark, you might be intrigued by how these devices function. In this is the case, here is a rundown of all the info that you should know. 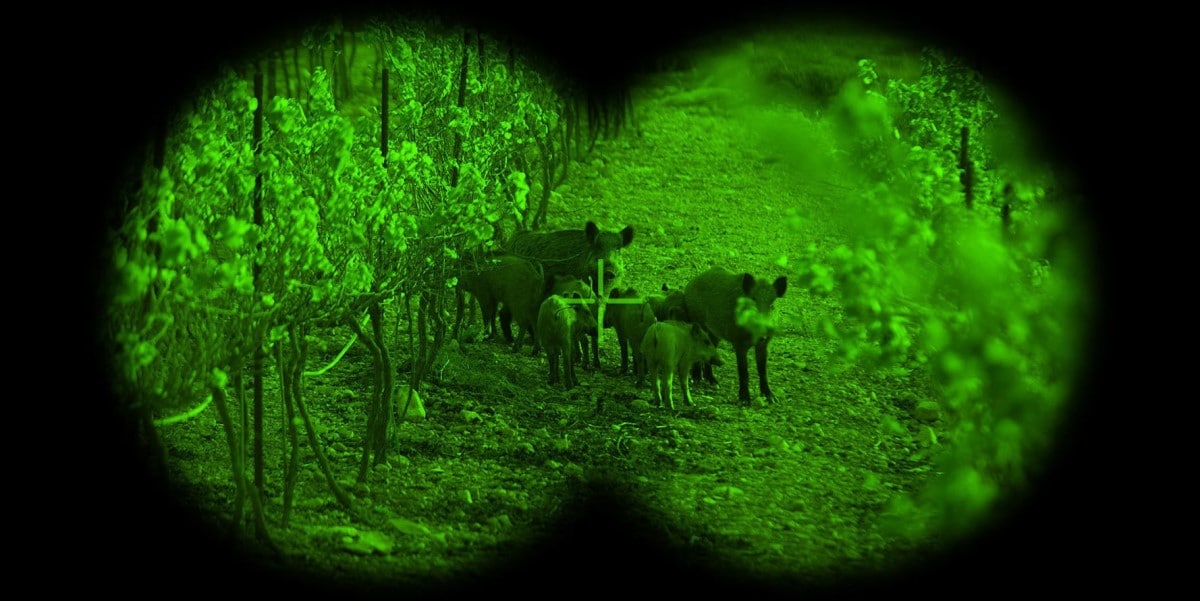 There are two main types of technology that are currently used in the making of night time vision devices, image enhancement, and thermal imaging.

On the one hand, image enhancement works by amplifying the pre-existing light so that the user of the device can see objects easier. To do this, these devices capture the light reflected from the stars or the moon and they pass it through a special tube that intensifies it.

These units work even in darker environments, as there is always some existing light that the device can find and enhance.

On the other hand, the alternative, thermal imaging, works by identifying the heat made by objects. The sensor that captures the difference in temperatures between an object and the environment is called a microbalometer.

Next, the data collected by the microbalometer is sent to a display on which the viewer can observe the said object.  These models are perfect to be used in areas where there is little light available.

The one drawback of thermal imaging is the fact that this kind of technology is rather expensive and, thus, only suitable for those who do not mind spending extra on these devices.

Infrared light refers to the light that is not visible to the human eye. There are three types of infrared light.

Near-infrared is the closest type of infrared light to visible light. This kind of light has wavelengths that have a range from 0.7 to 1.3 microns.

Mid-infrared light has wavelengths that range from 1.3 to 3 microns. Near-infrared and mid-infrared are used by devices such as remote controls.

Finally, thermal-infrared has wavelengths that vary from 3 microns to 30 microns. This kind of light represents the largest part of the infrared spectrum.

Un-cooled units are the most popular. In this case, the infrared elements that are used to pick up the light in dark environments operate at room temp and, thus, they feature no cooling device.

Cryogenically cooled models are, on average, more expensive. The elements that they include are kept in a sealed container that actively cools them below 32 Fahrenheit degrees. As a result, the quality of the image that they provide users is high-quality.

These models can also register small changes in temperature that un-cooled units cannot pick up. These devices are easier to get damaged and, thus, they have to be handled with extra care.

Another aspect that should be discussed when it comes to night vision devices is magnification. Not all these devices offer the same magnification range. If you need a model that you can use to observe objects that are in close range, you should opt for a product that offers little magnification.

However, if you need a unit that is more suitable for viewing items that are far away, it is advisable that you look for models that offer more magnification. There are plenty of such products that you can find on the market. 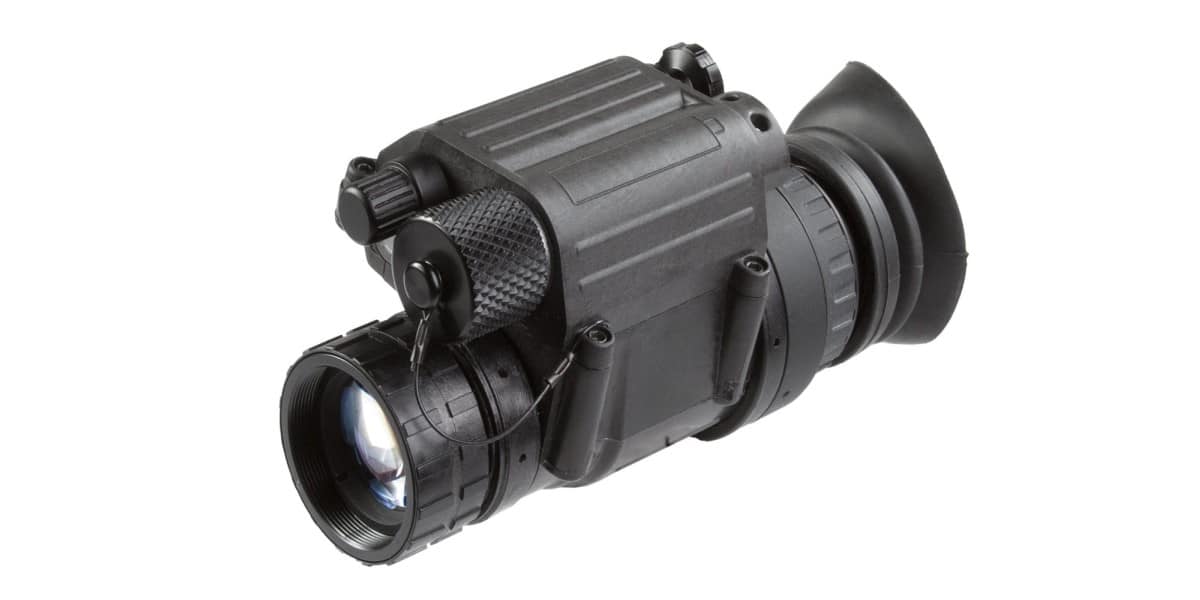 The history of night vision technology

A night vision device is an instrument that enables the user to see images in (near) total darkness. A device of this kind often consists of an image intensifier tube, a sturdy housing as well as the necessary mounting hardware.

As expected, these optical devices were developed to be used by the military, however, in recent years, night vision has become a feature that more and more people can afford.

The first time in history when night vision was used in combat happened during WWII. However, the wild use of these instruments became a reality during the Vietnam war.

Ever since, because of the research that the specialist put into this field, the technology improved. To distinguish between the different stages in the development of these devices, the specialists have started to use the term generation. With each new generation, night vision devices become more and more performant and more accessible.

The first generation of nighttime vision devices was developed by the German army in the 1930s. According to historians, at the end of WWII, there were over 50 German tanks that were equipped with nighttime generation optics.

At the same time, in the US, night time devices started to be built. In WWII, for instance, the American troops used the M1 and M3, two types of infrared devices used at night that were also called sniperscopes or snooperscopes.

The first generation of progressive night vision devices was used during the Vietnam war. These instruments represented an improvement of the gen 0 devices. The main difference between the two is the fact that gen 0 units used infrared, while gen 1 devices utilize ambient light.

The biggest disadvantage of the gen 1 units is the bulky design that makes them somewhat impractical to use.

The main improvement that gen 2 devices came provided with was the fact that they included an image-intensifier tube. As a result, the image that these units provided the soldiers was clearer and brighter.

Gen II+, a later version of the gen 2 models stood out because these units had better optics, an improved resolution, a better signal-to-noise ratio, as well as supergen tubes.

The third generation of nighttime devices was similar to gen 2, in that these products were also made using a micro-channel plate. However, these models were manufactured using gallium arsenide and, consequently, they had a better resolution and a better light amplification capacity.

In the last decades, the improvements in the field of night time vision devices are outstanding. The products that are currently available can provide users with clear images, sufficient light amplification, and, on top of that, they are sturdy and portable.

Gen 4 devices are also known as “filmless and gated” units. They perform well in both low and high-level settings. These models have a better signal-to-noise ratio and the images that they provide are brighter and less distorted. 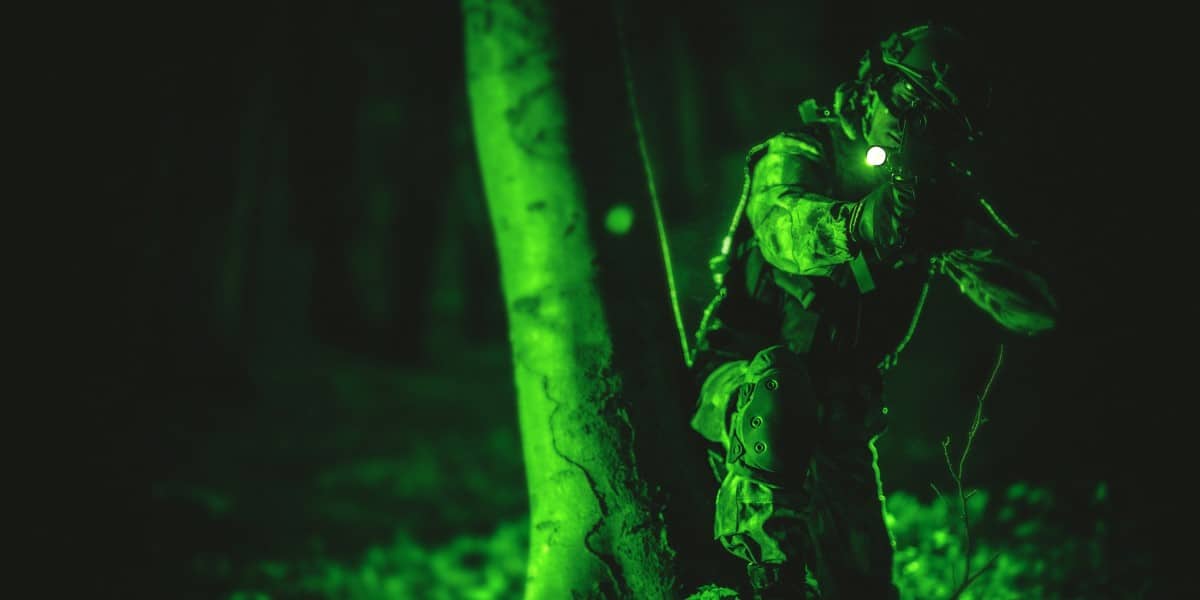 Ease of use and safeness

Most of the devices that you can find on the market are easy to use. Provided that you know how to use a video camera, chances are that you won’t have any issues handling a night vision device.

To operate these models, you have to start by focusing on the screen of the unit, and, then, to move and focus the lens on the subject that you want to observe. Making these adjustments should only take you a couple of seconds.

When it comes to safeness, it should be said that these products are, overall, safe. One thing that you should avoid doing when using a device of this kind is to point it directly at someone’s eye.

If you are using a device of this sort it is imperative that you avoid dropping it. Because they are less sturdy than normal cameras, there is a chance that dropping your new acquisition will cause it to stop working as expected. Similarly, you should avoid shaking it.

Plus, you should never expose the intensifier tube to bright light during the day, and you should refrain from touching the optical elements that the unit includes. If you intend to use the device for hunting, you should never leave the batteries in during transport.

If possible, you should use the case provided by the manufacturer whenever you need to store or to transport the device. To ensure that you’ll be able to use the unit for a long time, it is recommended that you take the time to clean the device, especially the lenses, after use.

If the device is not waterproof, you should never use it in the rain, as this might cause it to malfunction.

Given that the market is packed with numerous options that can be used for a wide array of applications, you will surely be able to find one that works perfectly for your needs. However, if you value durability and effectiveness, the specialists recommend that you opt for those models that are a bit more expensive.