Lens Fungus in Optical Instruments and How to Avoid It

In some areas, lens fungus is a problem and you can check it out here how you can get rid of it and what instruments it appears on, in what conditions it forms, and what you can do to prevent it from coming back ever again on your devices.

If you live in a climate that’s both hot and humid, then you know that fungus can rear its ugly head even on the surfaces of optical components, not just on the usual suspects. The airborne fungal spores get on an optical surface and morph into an organism that can digest various organic materials.

Among these organic materials that the fungus can start consuming are oil from your fingerprints or lens coatings, leading to hydrofluoric acid appearing, which is a waste product. The acid, as you can imagine, has the ability to destroy the lens coating and etch the glass forever.

When it first appears, the fungus is very unlikely to be noticed by the owner of the device, due to it having a microscopic size. Over time, though, the fungus is going to spread and start covering the lens surface like a web. At first, you’ll only notice that the brightness is less intense, but things get even worse if you don’t take care of it.

When the fungus reaches its final form, it will etch the outer coating of a lens and will lead to the image sharpness being deteriorated completely. This means that you have to pay attention to any signs of the fungus making an appearance, clean it immediately, and try to make sure it doesn’t ever return. 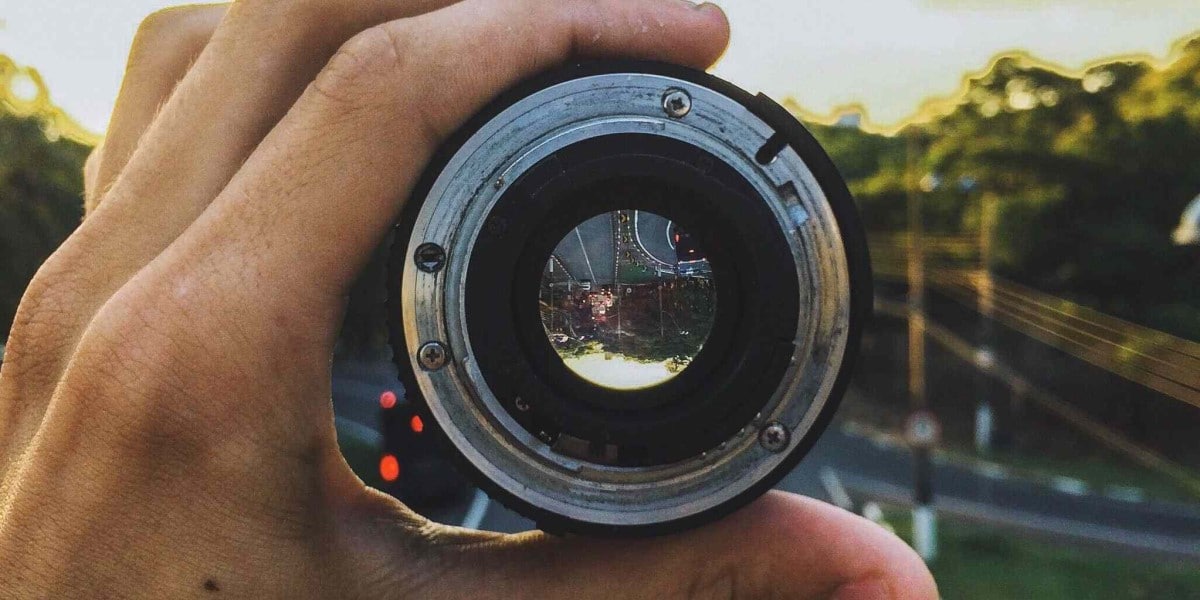 How to prevent it

The fungal spores can be found in many places and will easily start to germinate if the conditions of the said environment are proper for that. These include a level of humidity of a minimum of 70% for at least three days, low or no airflow, darkness, and the nutrients it needs to grow (grease, dust, or dirt will do, the fungus is not picky).

Naturally, you will not want that to ever happen, which is why you need to follow some precautions so that you are not going to encounter any problems with the growth of fungi on your optical components. The steps are easy to follow, and you should try to apply them as soon as possible to prevent any problems.

You’ll also need to keep the optical components in a dry place that has a relative humidity of a maximum of 65%. Make sure that the area also has good air circulation. You can use devices such as dehumidifiers or air conditioners, as they prove to do their job quite perfectly, but, there is, naturally, one catch that you need to pay attention to.

These devices have to be used for 24 hours a day, every day because any immediate change in the air temperature and in the general humidity will actually help the fungus develop faster. So, it’s sort of a double-edged sword, but if you use them correctly, you shouldn’t worry.

If the environment is humid, don’t cover the optical instruments with plastic drape covers, even if they are the things that medical manufacturers supply your office with, because these covers are excellent for retaining the humidity. If you need to cover the equipment against, say, dust, you can utilize a cloth cover.

Other materials and objects that are frowned upon are any containers that were created using leather, wood, or any textiles, even if they were allegedly created for the storage of optical instruments. Of course, this doesn’t mean all containers are bad and that you should run from all of them.

A sealed plastic container is a very good option, as long as you also make use of silica gel packs that can help with the absorption of humidity. Occasionally, verify how the silica is doing, and in case you notice some moisture or changes in color, you just have to replace it and things should be alright.

Another option that you have available for preventing the growth of the fungi is to expose the optics for a little while to sun rays, or even to some artificial UV, as the UV rays (artificial, or coming from the sun) are experts in destroying the fungus on any surface, even in nature being great at making sure this doesn’t appear in sunny areas.

In the cabinet that you use to store the optical instruments, you can use a replaceable fungicidal pellet. You may use such pellets even inside large devices (surgical microscopes come to mind). You’ll easily find them in the offer of instrument producers, and can be used for a period of time of around three years.

There is also the case that you may have difficulty in keeping the environment dry, which means that you can use a drying box or make one, where you can store the optical components when you don’t use them. It’s actually quite simple to create such a box and you really don’t need many things for it.

The box should have a heater or light bulb that has the role of heating up and then drying the air in that area. Create some openings at the top and bottom of the box to let air flow from one side to the other with ease. Add dust screen filters on these openings so that you will keep the dust away from the inside of the box.

How to remove the fungus

All those extra steps to make sure that fungus doesn’t appear are necessary because removing it is really hard, and even when you manage to remove it, you may notice that there was some damage done that you can’t do anything about it anymore, thus making it permanent and ruining the device.

There is also the option that you will kill and then remove the fungus fast and will clean the optical surface with success, which will let you use the device for a longer period of time, as long as the image that appears on the surface is still one that you can identify without having any problems.

You are going to need some types of materials to clean the optical surface of the instrument, as a simple water, soap and cloth idea is not a solution, because it will simply not work. For this procedure, you will need fungicide, a syringe, a special solution for cleaning the lenses and swabs made out of cotton.

Although the term fungicide makes it sound like the whole thing is going to be easy-breezy, in fact, such a solution is not only pretty expensive by all accounts, but it’s also surprisingly hard to come by, which is a bit frustrating. Don’t worry, you’ll find an optical equipment manufacturer that surely sells some, at some point.

In case you really can’t come across any fungicide, you can use the second-best solution, which is a 50/50 mix of hydrogen peroxide with ammonia – around 5 ml each. Create the mix just before you plan on using it and throw the rest away as it’s not going to last for future uses.

Dip the cotton-tipped swab in the fungicide or in the mix you’ve created and then put it aside. Use the syringe (a small 5 ml one is enough; remove the needle) and put some drops of the mix on the area that’s affected. Take the swab and spread the drops over the entire surface. Let it do its thing for close to one hour.

Following that, apply a dry lens tissue on the surface so you’ll remove the mix, but don’t rub it, just pat it. After you’ve removed it all, let it dry for about one hour, again. Clean the surface a total of three times if needed by using the typical ways you use for their cleaning. Check out to see if there is any fungus remaining.

Now, if you don’t notice any damage, you are in luck! But, there is also the chance of having to replace the device, so it’s better if you just prevent it!