Home » Monoculars » How to make the most of your monocular

How to make the most of your monocular

It’s not a stretch to describe a monocular as effectively half of a binocular. They serve similar functions, in making far away images appear closer, but the smaller piece trades eye fatigue for portability. As it doesn’t need a heavy bridge to connect two barrels, a monocular will be less than half the size of a similarly specked binoculars, which means it will be a lot easier to carry around, no matter the context.

However, they are not regarded as the perfect eyepiece to use when you need to stare at objects for long, like when bird watching or stargazing. They do have their uses for bird watchers since their small size means that they will also be at the ready for chance encounters, but your eye will tire significantly and lose focus if looking through a monocular for any considerable amount of time.

Not all monoculars are created equal, and depending on the activity you have in mind, some will serve you better than others. To make the best use of an eyepiece, one must know a little about its specifications, and how they translate to real-world functionality. 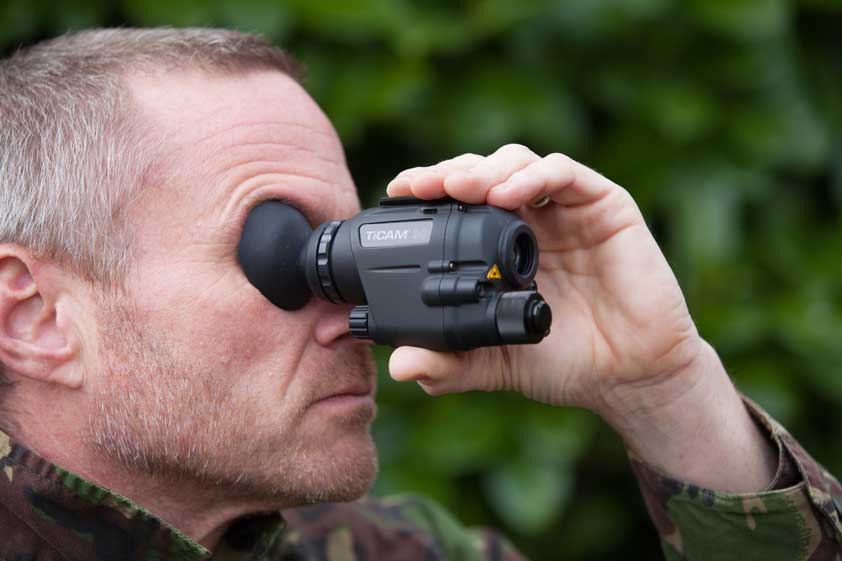 First, there’s the general characteristic commonly referred to as an eyepiece’s “power.” This actually denotes two things, the size of the frontal lens and the maximum magnification. The magnification is generally noted with a single digit, followed by an x and the figure for the diameter of the objective, almost always expressed in millimeters, e.g., 8×42.

Magnification should be carefully considered, primarily because the greater this is, the more challenging the monocular will be to use.

Any shaking of your hands will translate to the stability of the image you’ll be seeing, and this effect is the more noticeable as the degree of magnification increases. While some find the trade-off to be worth it for outdoor activities, where 8x and 10x pieces are sometimes used, these values aren’t essential for everyday situations.

Most monoculars on the market range somewhere between 5x and 6x, which makes them suitable for casual use around town, at concerts or theater plays, while also powerful enough to help you get your bearings during a hike.

Magnification also has a detrimental effect on the field of view, since the closer an image will appear, the less of your surroundings you will be able to see.

The field of view will also be affected by the shape of the lens and the type of prism the monocular uses. We won’t go into complicated notions of optics regarding lens shape, but there are some things to note when it comes to the prism.

There are two systems used, the Porro and the roof prism. The first one makes for a cheaper binocular, with a generally clearer image and a larger field of view. However, it is not as resilient as the roof system, and it makes for a bigger, usually heavier eyepiece. In a Porro, the objective lens and the ocular aren’t placed in a straight line, so the monocular looks like two cylinders unevenly bound together. The roof system allows for a straight design, with the exception of a small bulb that houses part of the optics for the prism.

If you’re planning on using the monocular in low-light condition, then a large lens is definitely something to look for. This will allow for more light in, resulting in a brighter image. Since the higher the magnification, the darker the image will appear, powerful binoculars will require wide lenses.

The fraction that most manufacturers use between objective diameter and magnifying power is around ⅕. This is called an exit lens diameter, and it tends to decrease in inverse proportion to the size of the unit. For example, an 8×42 monocular will have an exit lens of 5.25, while with a 10×50 this will be a full 5.

Glass tends to be reflective, which means that some of the light will get sent back instead of hitting your retina, further affecting the brightness of the image you’ll see. Manufacturers address this by applying a fluoride coating to various optics that make up the monocular.

Depending on which parts receive this treatment, a piece can be said to be “coated” (only some surfaces, usually the objective); “fully coated” (all surfaces, objective, prism, exit lens — not so important with Porros); “multicoated” (at least one surface receives multiple layers of coating) and “fully multicoated”, which is pretty self explanatory. 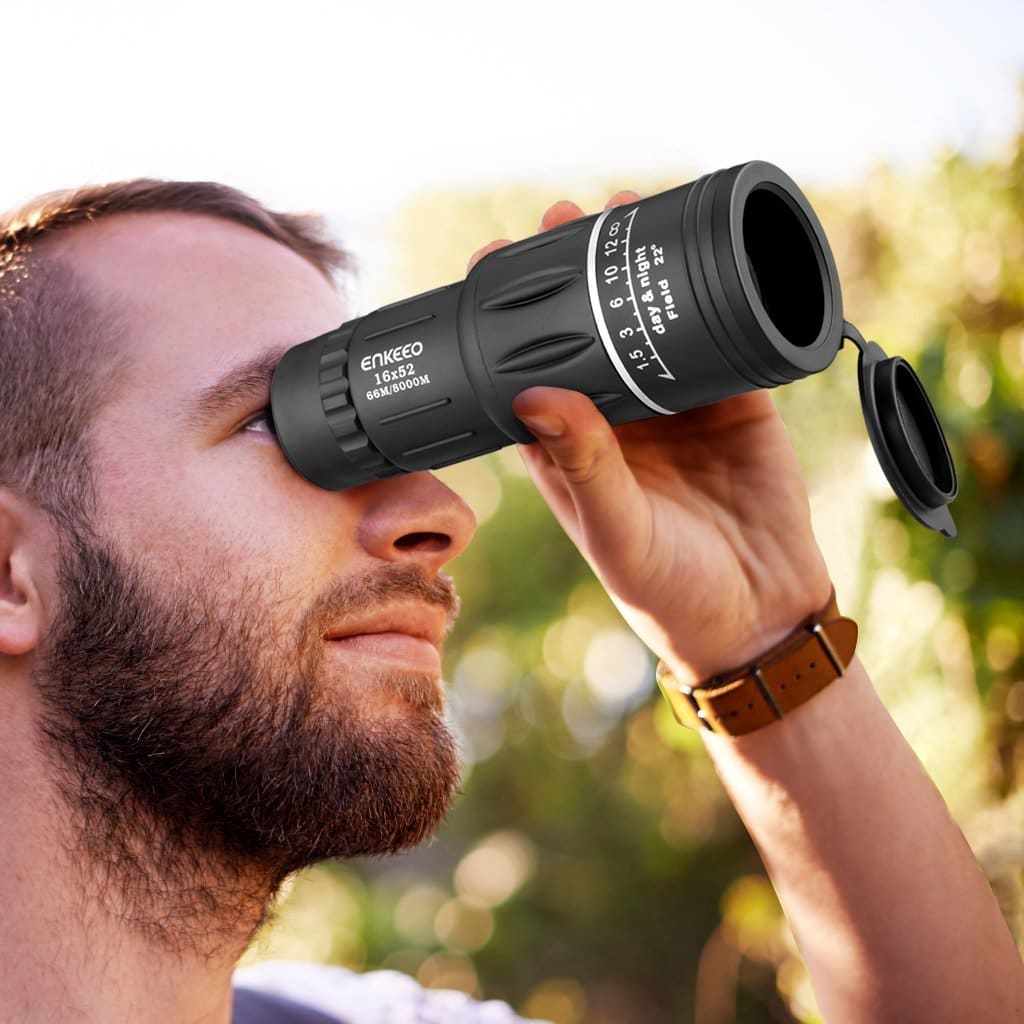 Since optical devices must keep to certain proportions to be effective, there’s a trade-off between the dimensions of the lens and how easy the monocular will be to carry. Due to advancements in technology, smaller pieces that can easily fit in a trouser pocket and worn around casually can offer similar image clarity to large ones.

However, this is only true for better quality pieces, so if you want the best medium between functionality and convenience, be prepared to fork a couple of extra dollars. On the other hand, most reviewers agree that you can get good performance from a cheaper monocular if it’s large enough and also uses a Porro prism.

Spectacle wearers might want to check out that the instrument has adequate eye relief. This refers to the furthest point away from the back lenses at which the image will appear in focus to the viewer. To accommodate most standard framed glasses, this should be at least 14 mm.