Home » Meters & Cleaners » What types of anemometers are there?

What types of anemometers are there?

An anemometer is the most commonly used instrument which can measure the wind speed. The types of anemometers available are various, suited for specific situations, environments, and measurements.

The categories of anemometers are based on velocity and pressure units. 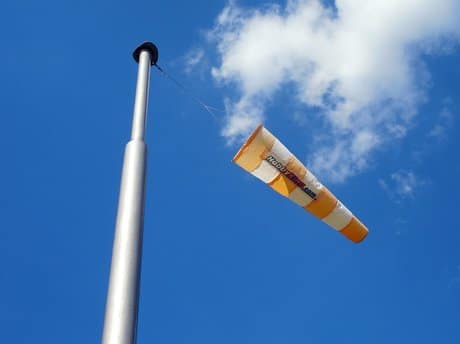 The cup anemometer is a basic type that consists of four hemispherical cups attached to horizontal arms, which are connected to a vertical rod. The wind passing the cups in any horizontal direction spins the rod at a rate roughly proportional to the speed of the wind. Counting the rotations of the rod over a fixed period of time creates a value that is proportional to the average rate of the wind for a broad range of speeds. Another name used for this device is rotational anemometer.

Vane or propeller anemometer can commonly be described as a windmill. Unlike the cup anemometer, this device has its rod parallel to the direction of the wind, meaning horizontal. As the wind varies in direction, the rod has to be flexible to comply.

The hot-wire anemometer includes a wire which is electrically heated to a temperature above that of the ambient. The wind flowing past the wire chills it. Since the electrical resistance of most metals is dependent on the temperature of the metal, a measurement can be done between the flow speed and the strength of the wire.

Hot-wire devices can further be classified as constant current anemometers, constant voltage anemometers, and constant-temperature anemometers. The voltage output provided by these units is the result of a specific circuit between the device trying to maintain the particular variable constant, which can be temperature, voltage, or current, following Ohm’s law.

Voltage can be calculated with another measurement instrument called a voltmeter and the electrical resistance with an ohm meter. 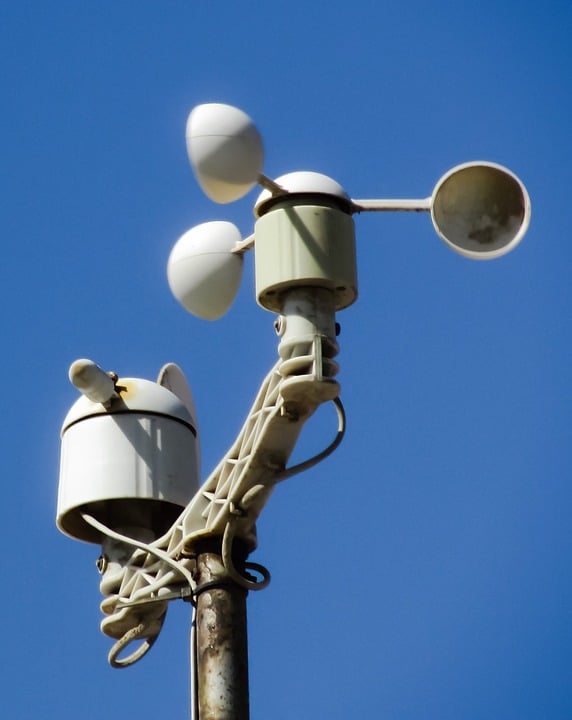 Laser Doppler anemometers use a beam of light produced by a laser divided into two beams. The particles flow along with air molecules where the beam exits reflect the light back into a detector, where it is measured according to the original laser beam.

When the particles are in fast motion, they produce a Doppler shift that is used to calculate wind speed in the laser’s light.

Ultrasonic anemometers were first introduced in the 1950s. They use ultrasonic sound waves to measure wind velocity. They time the speed of the wind according to the time of flight of sonic pulses among pairs of transducers. The determination provided by pairs of sensors can be combined to generate a measurement of velocity in a 1-, 2-, or 3-dimensional flow.

This device is built from a ping-pong ball connected to a string. When the direction of the wind is horizontal, it presses on and moves the ball. As ping-pong balls are very light, they move smoothly even in calm winds. Calculating the angle between the string-ball device and the vertical provides an approximation of the speed of the wind.

The first anemometers that measure the pressure of the wind have been categorized into plate and tube classes. 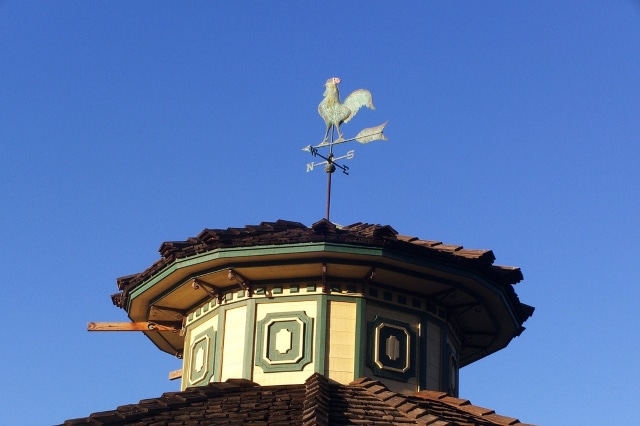 These devices consist of flat plates that are suspended from the top for the wind to deflect on the plates. Leon Battista Alberti, an Italian architect invented the first mechanical anemometer in 1450. It was reinvented in 1664 by Robert Hooke. Latest versions consist of flat plates, either circular or square, that are maintained normal to the wind by a wind vane.

The device consists of a U shaped glass tube containing a liquid manometer, with one of the ends bent horizontally in order to face the wind. The vertical end remains parallel to the wind flow.