How do anemometers measure wind speed?

Did you notice that the weather reports often mention the wind speed? Have you ever wondered how it is measured?

The instrument used to measure wind speed is called an anemometer. Besides speed, it also measures wind pressure. Anemometers are essential tools used by meteorologists to study weather patterns.  These instruments are used by physicists as well, in their studies of the way the air moves. 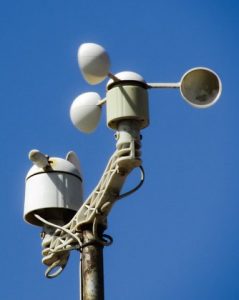 How do anemometers measure wind speed?

There are various types of anemometers, but the most common model is the one with three or four cups attached to horizontal arms. The arms are connected to a vertical rod.

The cups rotate, as the wind blows, causing the rod to revolve. As the wind blows harder, the rod spins faster. The instrument counts the rotations number, and these counts are used to calculate the speed of the wind. As the wind varies in speed, like breezes and calm winds, the wind speed is calculated by the average over a limited period of time.

Another model with similar features is the windmill. The speed of the wind is measured by counting the rotations made by the blades. The rod of windmill anemometers spins horizontally.

There are anemometers which calculate the speed of the wind differently. For example, the hot-wire anemometer works based on the fact that the air chills a heated object when it blows over it. You can relate to this by thinking about the refreshing feeling of a breeze on a warm day.

There are other types of anemometers which measure the speed of sound waves or shine laser beams on small particles in the wind and calculate their effect. 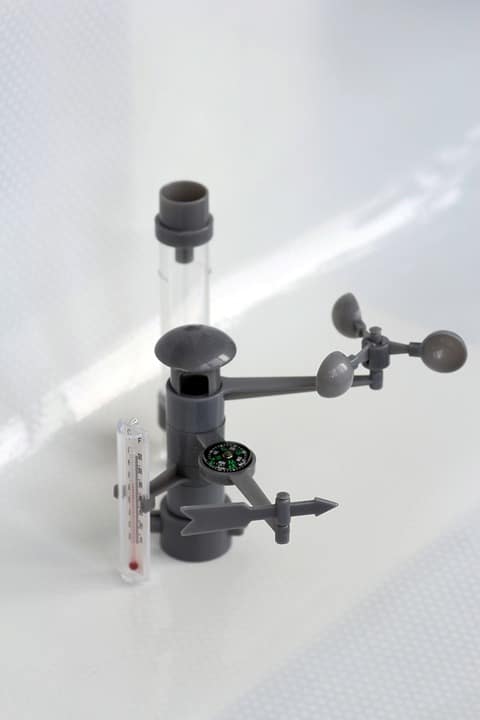 How are anemometers used?

Anemometers are instruments used pretty much at all weather stations, starting from the hot equatorial areas, to the cold Arctic regions. The wind speed is essential to register changes in weather patterns, like impending storms, which are crucial to climatologists, pilots or engineers.

Physicists and aerospace engineers use anemometers frequently. They mostly use a type of anemometer in velocity experiments. Velocity is determined by the rate and direction of change in the state of an object.

Engineers use laser anemometers to learn the speed of the wind around moving objects such as airplanes, cars, or spacecraft, for example. The reason why engineers use anemometers is to offer aerodynamic features and design to these vehicles. 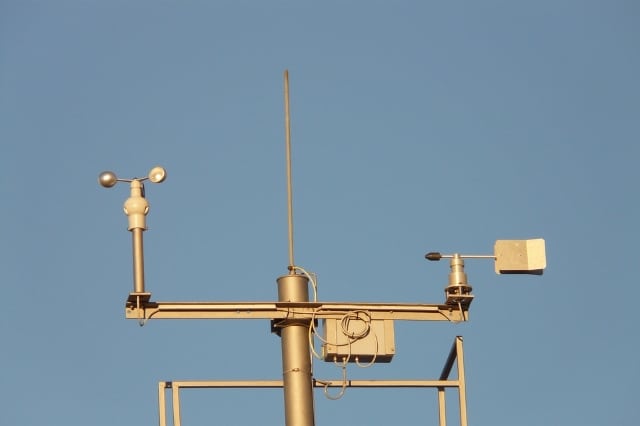 If you come to think about it, measuring and determining things is pretty much the foundation of science. A suitable anemometer can provide a wind speed accuracy to about ±1mph. However, it is essential to always take into consideration that the speed of the wind is not even, as it varies all the time.

The determination matters in a tunnel where the speed is steady, but in other environments, you can consider the measurement a rough guide on how quickly the air is moving.

If you watch a weather forecast carefully, you will notice that they basically present a range of wind speeds that are likely to be reached on a specific day. In truth, nobody can state with certainty how fast the air is going to move to a particular place, as it depends very much on the local geography: trees, houses, hills, or valleys that may funnel the wind.

1) Anemometer-All you need to know

4) What is the anemometer measured in?

5) What is the principle of anemometer?

Hi there. Can you let me know what information wasn’t explained to depth?