How Do Trail Cameras Work?

Trail cameras have become very popular in the past years since they can cover a wide variety of uses, from hunting and wildlife watching to theft detection. There are also a ton of models available on the market that can suit every need, and you can find more info here about how they work and the top features they should come equipped with. 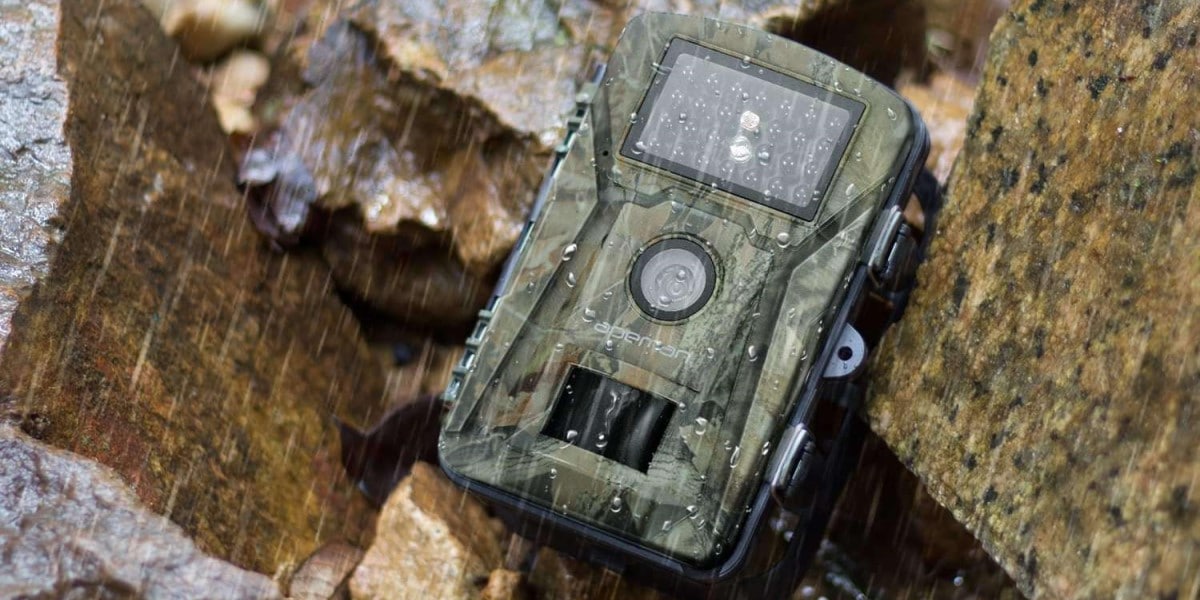 The reason why a trail camera can take pictures for weeks and months on end is that unlike a standard camera, this gadget stays in a state of complete electronic sleep, similar to a TV that’s in standby. This allows the unit to have exceptional battery life, and that’s because the only component that is fully awake at all times is the motion sensor.

The sensor on most cameras available on the market is a Passive Infra-Red detector, also known as PIR. When the PIR sensor detects motion, it quickly wakes up the camera unit, ordering it to take a shot. This chain of events happens in a matter of milliseconds so that after detecting movement, the camera can take a picture almost instantly.

Once the pictures or videos have been taken, the files will be saved on the SD card, and the unit will go back to sleep while the PIR sensor will continue to run and look for activity. As is the case with any camera, the quality of the picture that gets captured depends largely on the quality of the image sensor and the lens, the level of illumination, and the trigger time.

Most models currently available on the market will take colored pictures and videos during daylight but will switch to black and white at night for better image quality in low-light conditions.

Learning more about how this gadget works requires you to dive into the distinguishing features that different categories of trail cameras offer. These features don’t just provide product diversity but can also give a buyer the necessary criteria when selecting a product, so you might want to look at the list of key features we have compiled for you in the section below.

There are three types of flash that a trail camera can use, namely white light, low-glow infra-red, and no-glow infra-red. The white light illumination is the same type of flash as you would find on a conventional camera. It allows the camera to take color pictures even at night, but the intensity of the light will scare the deer.

Low-glow infra-red flash will emit a visible flash, but compared to the standard LED flash, the intensity of the light is drastically reduced. Pictures during the day will often have a vague red gleam, and nighttime images will be black and white.

If you don’t want to spook the animal, then cameras that come fitted with a no-glow flash will have a black light that is invisible to both animals and humans. The images captured at night will be black and white. The main disadvantage is that the range of the flash isn’t as long as with the other types.

However, if stealth is your main concern, you won’t be disappointed going with a no-glow flash camera since the fact that deer will never become aware of the camera makes up for the short flash range.

There are two capture modes that trail cameras can use: video or still pictures. For most users, still pictures are more than enough, but there are advantages to capturing videos since it allows you to get more information about the behavior of the animal.

Most trail cameras will let you choose between recording a short video clip or capturing a still picture. However, newer models have the option of doing both at the same time. Do keep in mind that recording videos will require more storage space than a simple picture.

The trigger speed refers to how long it takes the camera to snap a photo once the sensor has detected movement. The trigger time is very important since it can make the difference between capturing a good picture or a bad one.

Trail cameras tend to have a speed range of anywhere between 0.13 seconds to over 1 second. However, if the camera is placed over a corn pile or food plot, trigger time isn’t as important, seeing as the game is expected to stay in the area for minutes before moving on.

As far as picture quality is concerned, people might be tempted to focus too much on the megapixel number, and while it does matter, it doesn’t tell the entire story. Just because a model boasts a higher megapixel number, doesn’t necessarily mean that its image quality will be higher.

The reason for that is that the quality of the lens and the image sensor matters more than the megapixel number. As such, when purchasing a trail camera, you should take the time to look at real-world images taken by the manufacturer or past customers with that particular model.

Since the resolution is stated in megapixels, you’ll need to be wary when purchasing a high-megapixel trail cam since the high pixel count will result in each photo requiring more storage space.

Some units come with a burst mode that allows the camera to take more than one image at a time. This is an excellent setting for cameras that are placed near trails since it allows you to get a better view of a passing doe. However, in high-activity areas, having this setting turned on can fill up the SD card fast.

If you want to get a better view of the activity around food plots, time-lapse is a better setting to use. With this setting activated, the camera will take pictures at intervals of one minute to one hour, within a period of your choice. This can condense a whole day’s worth of activity in a 1-minute video.

There are plenty of models that will also keep the live trigger activated while the time-lapse feature is turned on so that in addition to the time-lapse video, the camera can still capture images if anything passes by. 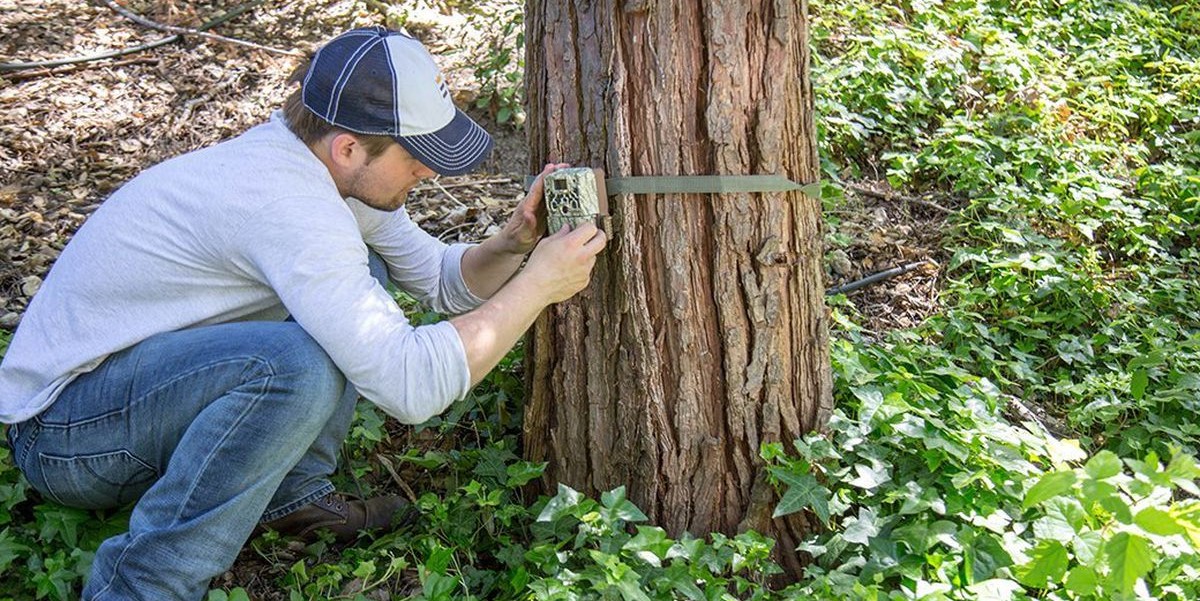 Trail cameras store the pictures and videos that they take on SD cards. If you plan to capture lots of pictures or videos, then you should make sure that the camera can handle an SD card with a high-enough capacity. The larger that the SD card storage capacity is, the less frequently you’ll need to visit the camera to change it.

There are also trail cameras that feature wireless connectivity to let you view the images on the camera without removing the SD card. The images are usually sent to the customer via text, email, or they can be viewed in apps or websites.

The drawback to this technology is the cost since customers are typically expected to pay for wireless service, and there’s always the risk of poor cell service, making it difficult to retrieve the pictures.

Due to the way that a trail camera works, battery life tends to be very good on most models. Some manufacturers claim their products have a battery life of up to 1 year, but very few models can reach this number. Most of the options on the market will stay powered for a few months, or less, depending on the amount of activity and the features that the camera has.

The type of battery that the product uses is important as well since, for example, Lithium batteries may be more expensive, but they tend to last for longer, and they perform well even in cold weather. NiMH rechargeable batteries are a good option as well since they’re more economical.

However, if you live in areas that are known for being very warm, you should be aware that NiMH batteries don’t do very well in high-heat conditions.

The interface of most trail cameras is very simple, having only one minimal screen that is only used for setting various parameters. However, more expensive models can sport a built-in screen that can be used to review the pictures and videos the gadget has taken and show a live feed. This is a useful addition to have when setting up the camera.

Another feature that can eliminate a lot of trial and error is the walk-test. This function lets the user see if the camera is working properly. By placing a foot or hand in front of the camera, one can see if an animal moving in a part of the camera’s field of view will trigger the PIR sensor or not.