Home » Meters & Cleaners » The history of the barometer

The history of the barometer

The first barometer was invented in 1643, and it relied on mercury. The inventor was Torricelli, a student of Galileo, who lived in Florence, Italy. At first, he found that turning a glass tube full of mercury upside down, lead to the creation of a vacuum at the top.

This might not seem like a significant discovery for people nowadays, but you have to bear in mind that at the time even great minds like Galileo believed that a complete vacuum was impossible to exist. Upon the analysis of the height of the mercury column, Torricelli noticed that there were slight variations as the altitude and weather changed.

Torricelli concluded that the mercury column was sustained by the weight of the air pressing on the open surface of mercury. This was another controversial statement since at that time most scientists believed that air did not have any weight. Further experiments convinced him even more than the space above the mercury was a vacuum. 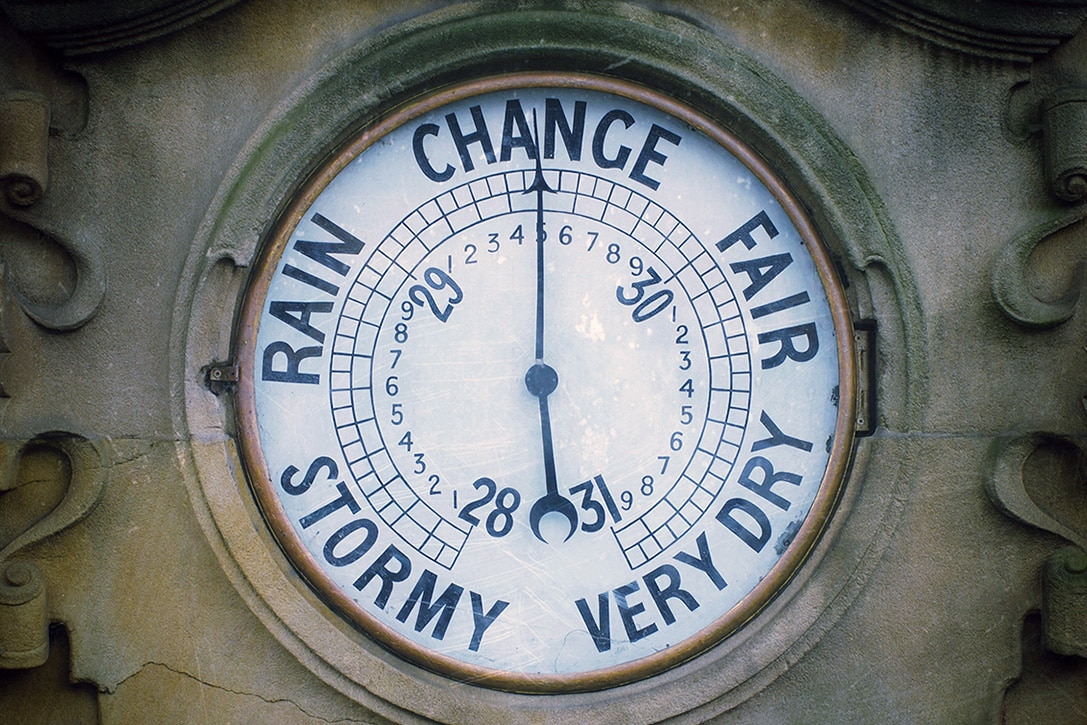 He mentioned that the level rose and fell with the changing temperature, but he was not capable of using his creation to measure variations in the air pressure. He had not foreseen that the level of the mercury would be affected by the temperature. Even so, he laid the path for future scientists to put his apparatus to good use.

News of this experiment quickly traveled among European scientists, and attempts of replicating it were numerous. Because of his controversial statements such as his belief that a vacuum was possible and that air has weight, Torricelli’s conclusions were not universally accepted.

These two discoveries have led to many years of research until the antique barometer that we now know and rely on heavily was created. There are very few barometers made before 1680 that are still available for people to observe today since they were very crude instruments that were not built to last.

The first barometer became known as the stick barometer. To understand the look of this design, it is enough to think of your favorite classic thermometer. Of course, the first instruments were a lot larger and not as portable as they are today since they featured ornate casework, an engraved silvered-brass register plate, and a tube and cistern cover.

Up until the 1780s, barometers were still only available for scientists and the wealthy, but it is during this period that they started to move out of Italy to France and England. The Italian craftsmen famous for their glass blowing abilities arrived in England in the late eighteen century.

Once the concept of the barometer became more widely available, researchers were able to do more with it. It was in 1844 that Lucien Vidie created the first commercially viable aneroid barometer in France.

This design utilized an evacuated drum whose minute contractions and expansions under the pressure changes were transferred to a needle moving over a dial. This allowed for a far more precise reading, and within 20 years of the introduction of the aneroid barometer, the mercury alternatives were rendered obsolete.

In the next 25 years, aneroid barometers were being manufactured by the thousands in all kinds of shapes and sizes. The larger ones had a circular hole cut in the face so that people could view the whole mechanisms. These also had twin curved thermometers below that showed reading in both Fahrenheit and Centigrade. 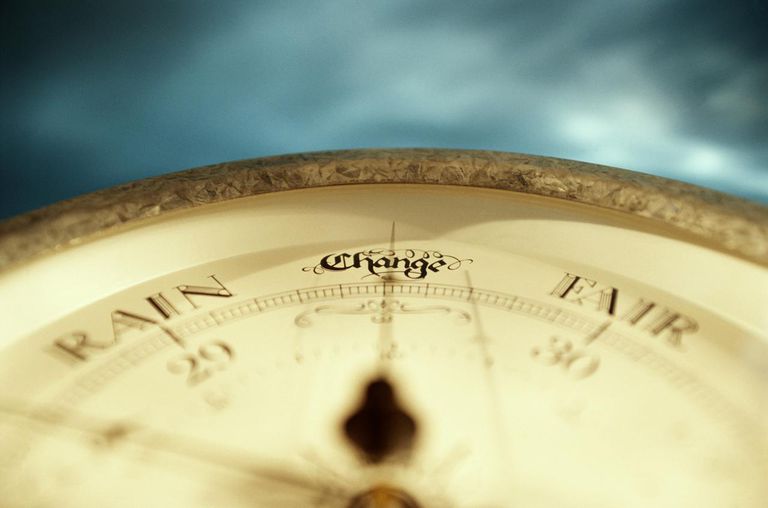 Even nowadays, if you are looking for a quality barometer, you can’t go wrong by choosing an aneroid alternative. In the late 1800’s, the popularity of the barometers could not be understated. They were the equivalent of the computer today since people used one in pretty any domain.

They were not only used to measure air pressure but also for measuring altitude, the height above the ground such as that of a mountain. Miners in caves also used it to determine the depth of the mine.

By the 1900s with the design already perfected, the energy went into creating very small, pocket barometers that could not only be used for predicting the weather but also as altimeters for mountaineers and balloonists.

Nowadays this instrument can be found even in smartphones, and when combined with a quality anemometer it can make an accurate short-term weather forecast.